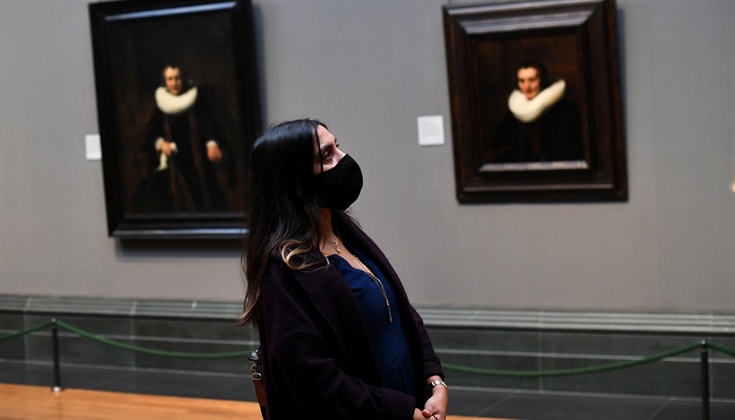 Britain’s National Gallery reopens on Wednesday, with masks recommended and social distancing and advance booking mandatory, as the country continues to emerge from three months of coronavirus lockdown.

The central London venue is the first major art museum in the British capital to open its doors after closing in late March along with the rest of the hospitality, tourism and cultural sectors.

Visitors must now book in advance, are advised to wear face coverings and follow signposted routes around the space which, at 46,396 square metres (500,000 square feet) is roughly the size of six football pitches.

Gallery director Gabriele Finaldi told reporters he hoped initially for around a quarter of the usual number of visitors — or 3,000 to 4,000 people per day.

The prestigious venue, located in the heart of London overlooking Trafalgar Square, has signposted three different one-way routes through its various wings to ensure social distancing.

“We had two primary objectives,” said Chief Operating Officer Paul Gray. “One was to make sure that we made visitors feel safe and that we reassured them but equally we wanted to make it an enjoyable experience.”

The National Gallery’s daily hours have been reduced from eight to five, though on Friday they will be extended to 10 hours.