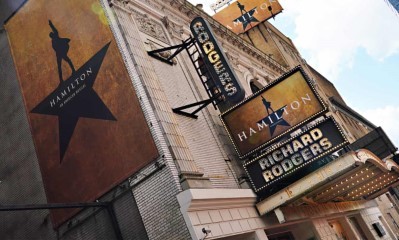 Show won’t go on for 41 venues in New York’s world-famous theatrical centre, in a devastating blow for the industry

Broadway shows will not return this year due to the coronavirus pandemic, according to the industry’s trade association.

All 41 venues in New York’s world-famous theatrical centre have been closed since March as the city entered lockdown to halt the spread of Covid-19.

They will not be reopening their doors in 2020, The Broadway League has announced, in a devastating blow for the industry.

Thomas Schumacher, chairman of the board at The Broadway League, said: “The alchemy of 1,000 strangers bonding into a single audience fuelling each performer on stage and behind the scenes will be possible again when Broadway theatres can safely host full houses.

“Every single member of our community is eager to get back to work sharing stories that inspire our audience through the transformative power of a shared live experience.

“The safety of our cast, crew, orchestra and audience is our highest priority and we look forward to returning to our stages only when it’s safe to do so. One thing is for sure, when we return we will be stronger and more needed than ever.”

Tickets purchased for all performances through to 3 January of next year will be refunded or exchanged, the league said.

Broadway performances were suspended on 12 March, at a time when 31 productions were running, including eight new shows in previews.

Broadway is one of New York’s top tourist attractions and according to The Broadway League contributed US$14.7bn to the city’s economy during the 2018–2019 season and supported 96,900 jobs.

The situation in the UK theatre industry is similarly bleak. Dame Helen Mirren warned on Monday the sector needs urgent help and the “identity of our nation” is at stake.

Theatres have warned that, with live performances currently banned and after a lengthy period of closure, they are just weeks away from collapse.