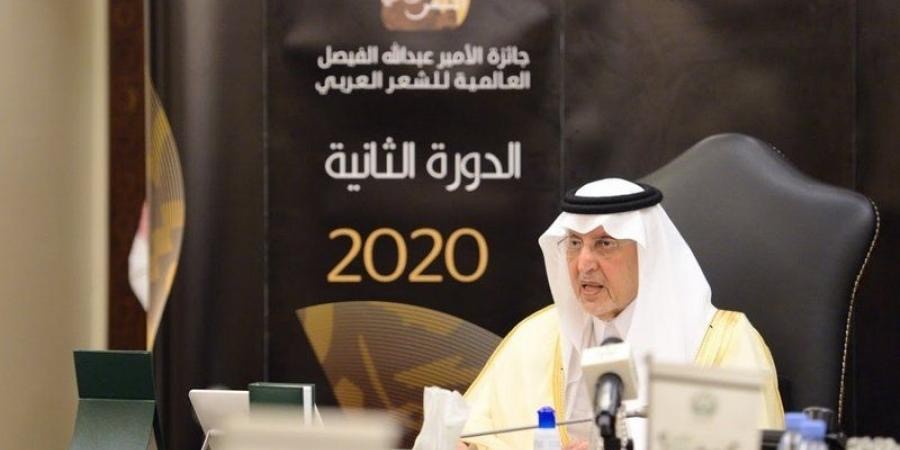 This came when Prince Khaled Al-Faisal announced the names of the award winners in its second session, amounting to one million riyals, distributed over four branches.

Prince Khalid Al-Faisal thanked the Minister of Culture, Prince Badr bin Abdullah bin Farhan Al Saud, and wished him more success and success to advance the cultural movement in the Kingdom to the appropriate level.

The Prince of Makkah Al-Mukarramah region announced the winners of the Prince Abdullah Al-Faisal International Prize for Arabic Poetry in its second session, namely: the winner of the poetry experiment branch, whose value is half a million riyals, the poet Abdul Latif bin Youssef Al-Mubarak of Saudi Arabia, the winner of the theater poetry branch for his play “The Last Pawn” and its value 200 thousand riyals, and the poet Syed Muhammad Abdul Razzaq from the Arab Republic of Egypt, the winner of the branch of the poem singing about the song “Damascus” and its value is 200 thousand riyals, and the poet Haifa bint Abdul Rahman Al-Jabri from the Kingdom of Saudi Arabia, the winner of the best initiative in the service of Arabic poetry with a value of 100 thousand riyals And the Prince of Poets program from the United Arab Emirates, and Al-Faisal congratulated the winners, may God grant them success and more successes. He also thanked the recipients of the award.

It is mentioned that during the second session, the award secretariat received more than 90 applicants from different countries, including 57 in the field of Arabic poetry, 23 in theater poetry, and 10 in the branch of the sung poem.