A French artist has painted a large biodegradable fresco on the lawn of the United Nations’ European headquarters in Geneva, marking the 75th anniversary of its founding.

Saype, who was born Guillaume Legros, created the “World In Progress” fresco to remind present generations of their duty to the future and to nature.

It depicts two children kneeling in a circle surrounded by animals, as they draw a tree. 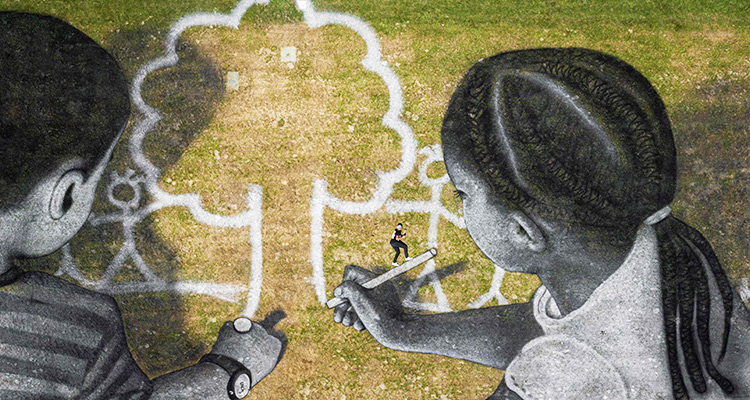 “Through children one can express deep thoughts, but in a lighter and poetic way. You can speak about the world and the values we are leaving them,” Saype told Reuters.

The graffiti artist, 31, made the image by spraying an ecological mixture of chalk and charcoal on 6,000 square metres of grass at the U.N.’s Palais des Nations in Geneva. 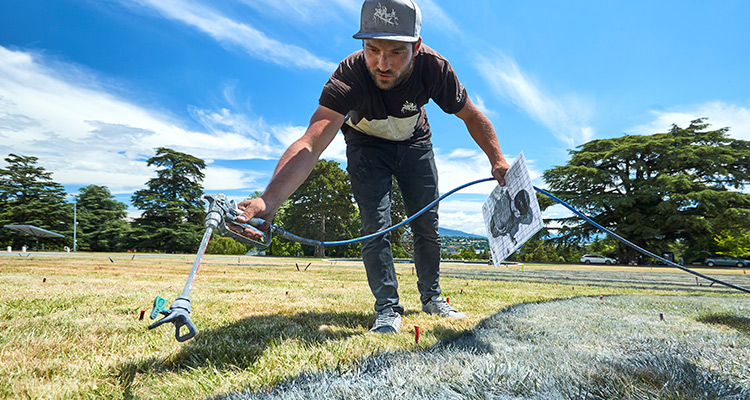 His previous ephemeral works in his “Beyond Walls” series have appeared near monuments from Ivory Coast to Paris, France.

His latest work was donated by the host country Switzerland. 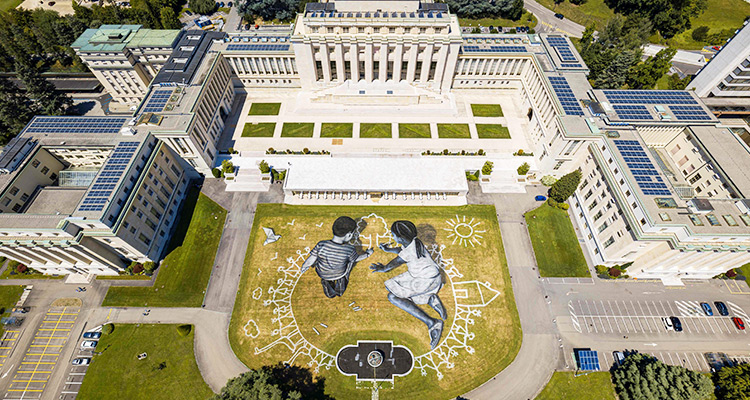 The League of Nations, the precursor to the world body, first met in Geneva in Nov. 1920.