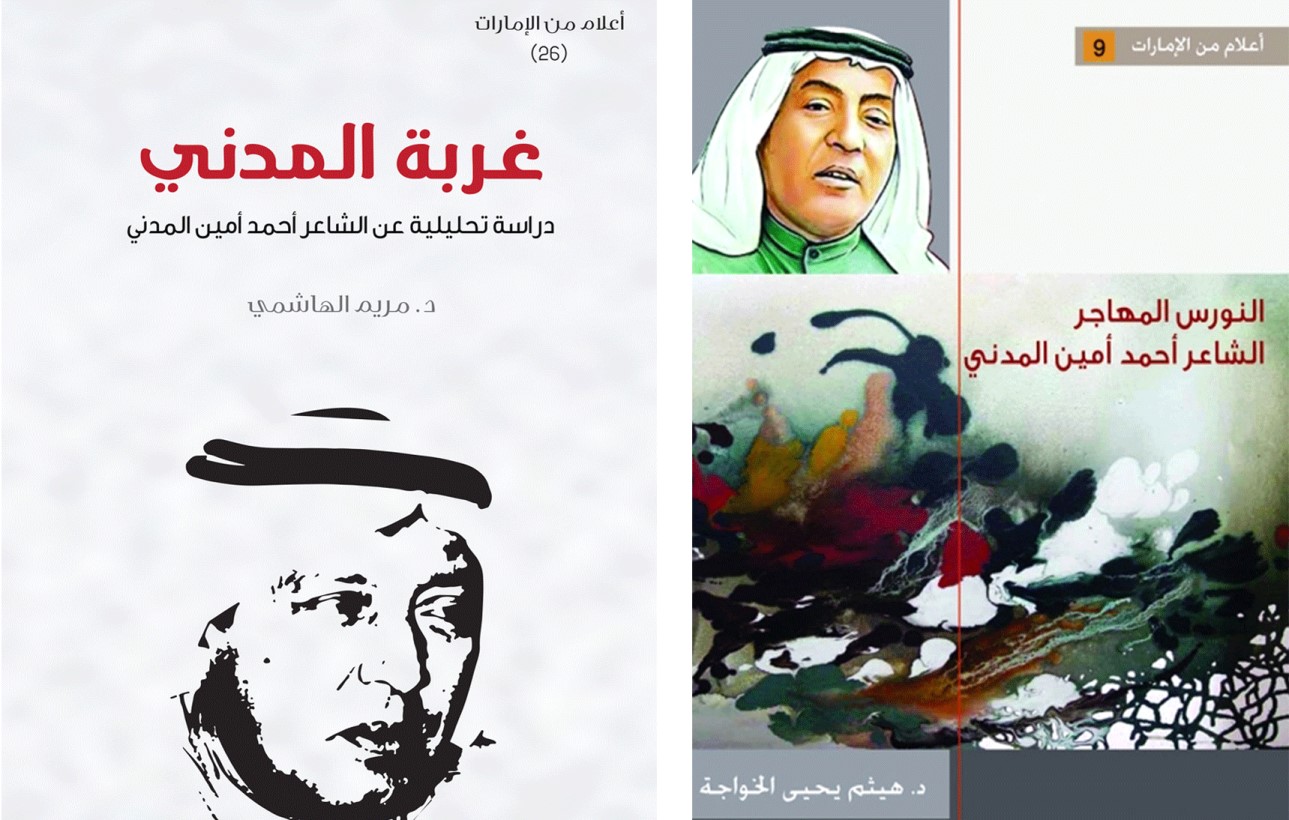 The webinar, which will feature Bilal Al Budoor, Dr. Mariam Al Hashemi, Dr. Haytham Yahya Al Khawaja and poet and researcher Ibrahim Al Hashemi, will shed light on Al Madani’s life and poetry through two books; the first of which is Ghurbat Al Madani (Al Madani’s Alienation), by Dr. Mariam Al Hashemi; an analytical study of the theme of alienation in Al Madani’s poetry and is published within the “Notable Figures from the UAE” book series, while the second book, Al Nawras Al Muhajir (The Migrating Seagull) by Dr. Haytham Yahya, highlights various aspects of the late poet’s life and literary legacy and is also part of the “Notable Figures from the UAE” book series.

The webinar, which will be hosted on Zoom online platform, will shed light on the life and poetry of Al Madani as well as his literary achievements.

Ahmed Amin Al Madani was born in Deira, Dubai in 1931 and completed his education in Baghdad, Britain and France. He worked as a teacher in Baghdad, Sharjah and Dubai and his researches and poems were published is many Arab magazines and newspapers since the 1950s. Some of his most famous poetry collections include: Hasad Al Seneen (Harvest of the Years, 1968), Ashri’a wa Amwaj (Sails and Waves, 1973) and Aasheq li Anfas Al Rayaheen (Adorer of the Scent of Basil Flowers). In addition to his poetry collections, he authored several publications such as “Al Tarkeeb Al Ijtima’I Al Deeni” (The Social Religious Set-up”, “Al Shi’r Al Sha’bi fil Emarat” (Popular Poetry in the UAE), “Dirasa fil Adab Al Andalusi” (A Study of Andalusian Literature” and “Dirasa fil Falsafa” (A Study of Philosophy).

While studying at the University of Cambridge, Al Madani met with renowned historian Arnold Toynbee more than once, as well as other notable literary figures such as poet T.S. Eliot, philosopher Bertrand Russell and critic E.M. Forester. Al Madani was also friends with many Arab poets, including Badr Shaker Al Sayyab and Syrian poet Sulaiman Al Eissa.

It is worth mentioning that the “Notable Figures from the UAE” book series, an initiative launched by the Sultan Bin Ali Al Owais Cultural Foundation in 2012, aims at documenting the biographies of notable figures that have left an indelible mark on the cultural scene in the UAE.