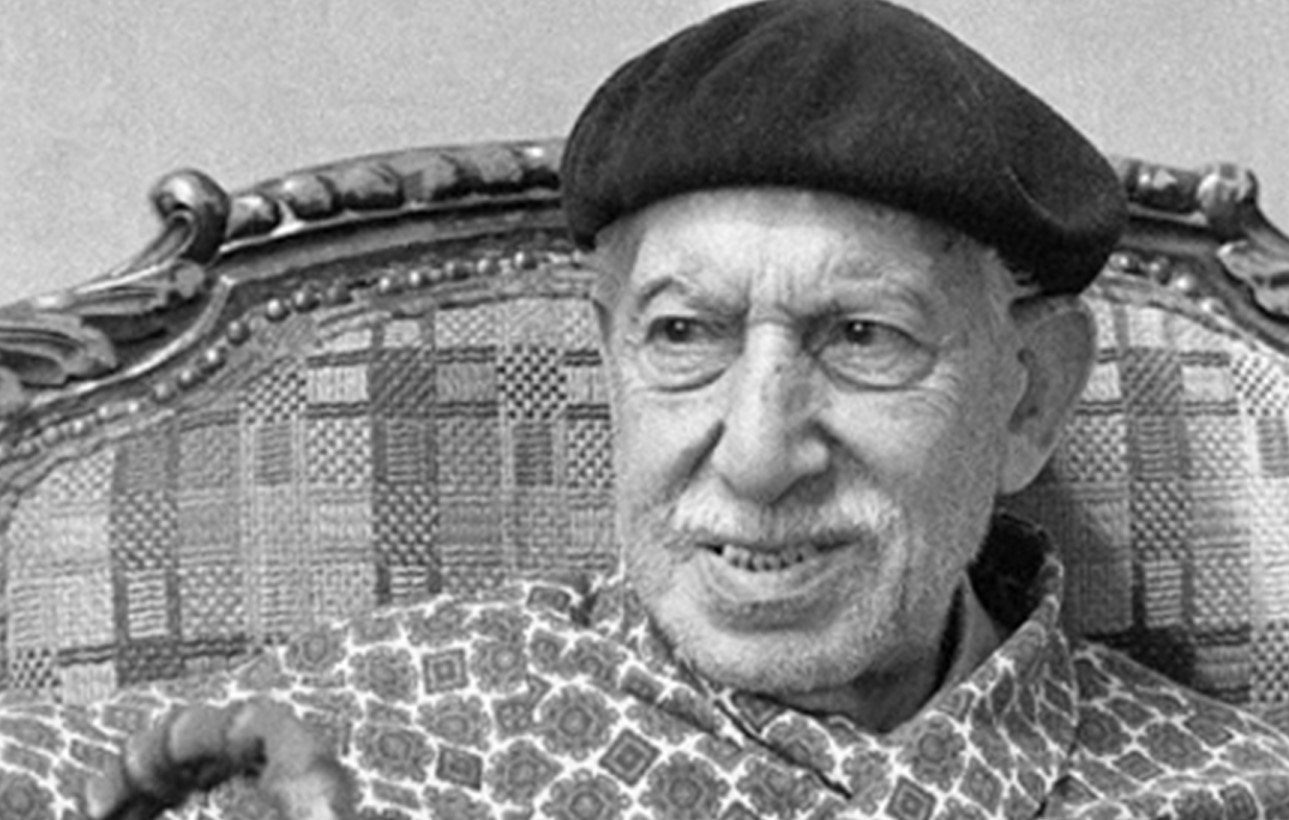 For many years, the only modern novel translated from Arabic published in the prestigious Penguin Classics series of international literary works in English translation was Season of Migration to the North by the Sudanese writer Tayeb Salih.

Today, however, a new title has joined the list with a revised English translation by US academic William Hutchins of Egyptian writer Tawfik Al-Hakim’s 1933 novel Return of the Spirit, a reworking of a translation first published in a more limited series. Its appearance in the Penguin Classics means that Al-Hakim’s novel, undoubtedly a classic of Egypt’s modern literature, can now be enjoyed by a far wider English-language audience.

In his introduction to the new edition, Hutchins says that Return of the Spirit is “at once a portrait of an Egyptian as a young artist and therefore an apprenticeship novel; the narrative of a failed romance that transforms everything; a political novel that celebrates the 1919 Revolution in Egypt and calls for national solidarity; a work of Arab Muslim literature; and a novel that presents its blended family as a model for Egyptian society and its characters as symbols for tendencies and ideas.”

Another way of putting this would be to say that the novel is a gloriously mixed bag, with several different novels fighting to get out. First, there is the story of the protagonist, Muhsin, a young man living with his extended family in Cairo and occasionally returning to the countryside while exploring what life and the future have to offer. This novel, an often highly comic one of growing up and early love, is the story of an aspiring writer and is based on Al-Hakim’s own experience living with his family in Cairo in the years immediately before and after Egypt’s 1919 Revolution.

Then there is the political novel that Hutchins refers to, perhaps most in evidence when Muhsin visits his family in the Delta town of Damanhur in part two of Return of the Spirit. In addition to reflections on the differences between town and country life and the underdeveloped condition of local villages, this novel introduces characters who explicitly discuss political ideas and tendencies.

There are the characters on the train that Muhsin encounters between Cairo and Damanhur, for example, who discuss the differences between Egypt and Europe. One comments on how those present have made room for a new passenger. “If this had happened in Europe, not one of the passengers would have moved, even if he was acquainted with the newcomer and his friend. No one [in Europe] will decrease his own comfort for the sake of another, no matter who he is,” he says to general agreement. These discussions may reflect Al-Hakim’s own thoughts, since the relationship between Egypt and Europe, perhaps more broadly Europe and the Arab world, he returned to in a subsequent novel called Bird from the East.

There are also the foreign characters Muhsin encounters while in the Delta, with these being national stereotypes as well as vehicles for the expression of ideas. A French archaeologist lectures Muhsin on the achievements of European culture while also holding out the hope of a cultural renaissance in Egypt. The farmers of the Delta, for example, though presently uneducated, have a “force within them they’re not conscious of. This is an ancient people. If you take one of the peasants and remove his heart, you’ll find in it the residue of ten thousand years of experiential knowledge, one layer on top of the other, though he’s not conscious of it,” he says.

“Don’t disdain those people who are poor today. The force lies buried in them. They lack only one thing… a man from among them who will manifest all their emotions and beliefs and be for them a symbol of the ultimate. When that occurs, don’t be surprised if these people, who stand together as one and relish sacrifice, bring forth another miracle besides the Pyramids.”

A British irrigation inspector, more pragmatic, is inclined to dismiss the Frenchman’s ideas. “You Frenchmen think nothing of sacrificing facts to eloquence,” he says. However, the Frenchman’s point is born out in the final sections of the novel, which record the atmosphere in Cairo during the 1919 Revolution in Egypt, a national revolt against British colonial rule and the protectorate imposed on Egypt.

The Revolution both vindicates the French archaeologist’s predictions and serves as a powerful expression of national feeling and solidarity. “A person looking at Cairo and its streets during that time would have seen… in the midst of the demonstrations and chants Egyptian flags that showed the crescent moon [of Islam] cradling the cross. Egypt had perceived in a single moment that the crescent and the cross were the two arms of a single body with one heart: Egypt!”

RETURN TO THE SPIRIT: Al-Hakim wrote Return of the Spirit while he was living in Paris in 1927, having been sent there by his family ostensibly to study law, but in fact spending as much time as possible absorbing the French and European cultural scene, particularly its theatre.

His return to Egypt some years later marked the beginning of an extraordinarily productive period for this still young author – he was born in 1898 in Alexandria – with Return of the Spirit, a first novel, being consigned to a drawer until 1933 when it was first published in Cairo. Meanwhile, Al-Hakim was spending his time writing theatre plays, while at the same time also experimenting with essays and memoirs. People of the Cave, one of his best-known plays from the 70 or so he wrote during an exceptionally long writing career stretching into the 1980s, appeared in the same year as Return of the Spirit. There was also a novel-memoir reminiscent in its sometimes biting humour to parts of the earlier novel, though this time drawing not on Al-Hakim’s student days in Cairo but on his early career as a lawyer in the Delta. This work, Diary of a Country Prosecutor, was translated into English as long ago as 1947, indicating a strange time-lapse between its publication in English and the much later appearance of other works from the same decade in translation.

Perhaps the mixed character of Return of the Spirit – part novel of apprenticeship, part political novel, part memoir, and part manifesto piece for future novels – should also be seen as part of this extraordinarily productive period. Al-Hakim had decided while in Paris that he could never follow his father in a legal career, at least not with any enthusiasm, and he had decided that he wanted to become a writer.

But what sort of writer should he be? As he explains in The Prison of Life, a later memoir, some of his contemporaries had been tempted by journalism, then flourishing in Egypt and offering the prospect of a respectable career if not one that was as secure as the law. Others were experimenting with writing works of prose fiction, sometimes by “Egyptianising,” or half translating and half adapting, works in European languages. Still others were writing short stories, or autobiographies, biographies, and memoirs. There was a range of possibilities, perhaps explaining why Al-Hakim felt happy to try most of them, sometimes in hybrid works that are part fiction, part memoir, part political tract, and part adaptation from a range of models.

But what he really wanted to be, he explains in The Prison of Life, was a dramatist. However, here too there was uncertainty. Part of him seemed to be drawn towards material exploring societal themes in a trend towards realist drama. But another part was drawn to exploring abstract issues that touched only tangentially on immediate societal issues and were less likely to find popular audiences.

People of the Cave, a reworking of the Qur’anic and Christian story of the Seven Sleepers of Ephesus, was like that, as were Al-Hakim’s plays from the 1960s that have reminded some of the “theatre of the absurd” of the time in Europe. Plays like The Sultan’s Dilemma, The Tree Climber, and the Fate of a Cockroach used absurd situations to ask questions about the foundations of political authority, the character of belief systems, and the extent and limits of human striving.

He writes in The Prison of Life that the problem was how to find an audience for what he wanted to write, perhaps by smuggling questions of law and justice into a murder mystery/comic memoir in the manner of Diary of a Country Prosecutor or by blending his gift for comic dialogue, written in the vernacular, with politics and essayistic speculation in the manner of Return of the Spirit. He was torn, he says, between a desire for popularity and one for solitude, for reaching a wider audience and for retreating into an ivory tower of philosophical and aesthetic investigation.

The Sultan’s Dilemma asks to what extent power should be subject to law. The dilemma in The Prison of Life is between imprisonment and freedom, rather like in the People of the Cave. “The prison that I live in, made of wall-like inherited traits” was something imposed by early life and upbringing, Al-Hakim says in his memoir. “My freedom is my thinking. I am a prisoner in what I have inherited, free in what I have acquired. The intellectual and cultural edifice I have erected for myself is my own,” he writes.

*A version of this article appears in print in the  30 April, 2020 edition of Al-Ahram Weekly