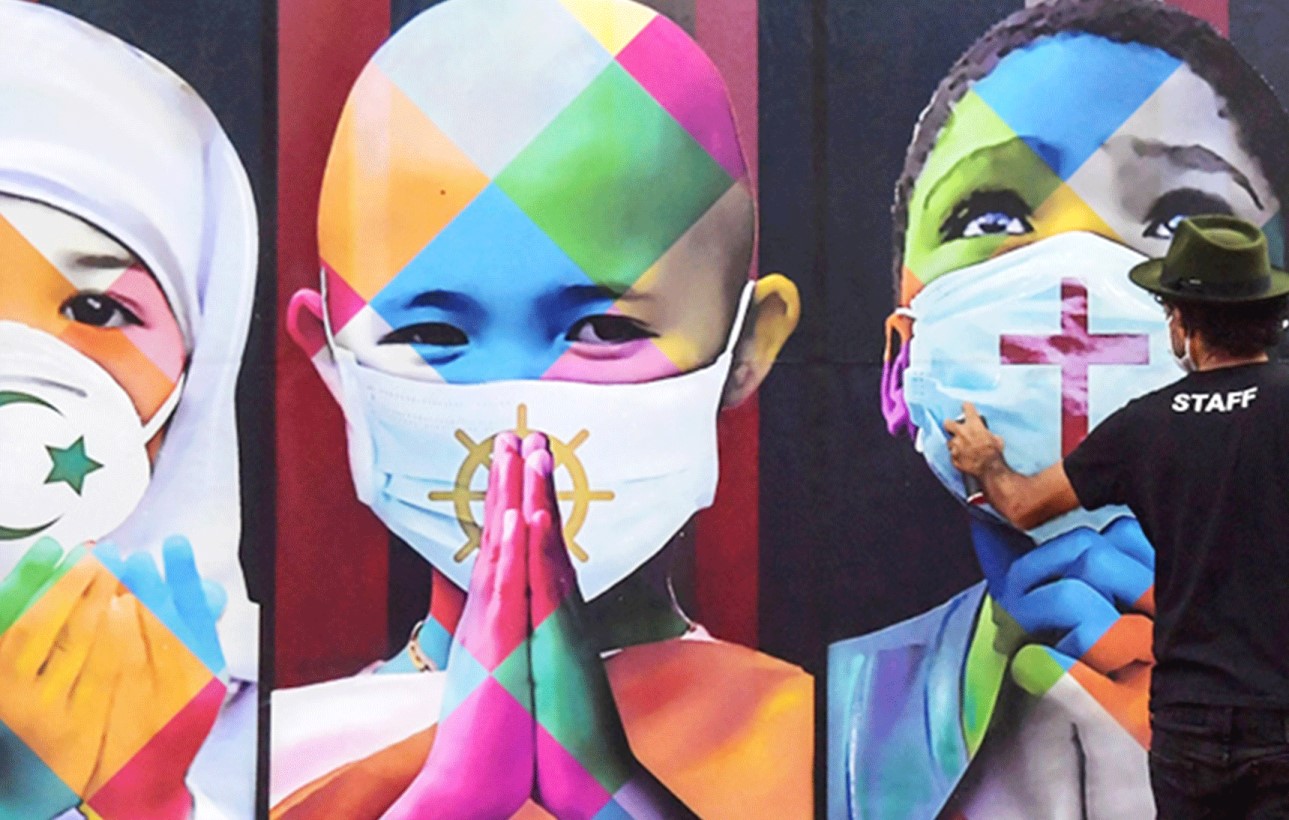 Professionally speaking, coronavirus confinement is not exactly good for street artists. But famed Brazilian muralist Kobra says he found inspiration staying at home — and is using it to help those hit by the pandemic.

Eduardo Kobra — the 44-year-old artist’s full name — is known around the world for his brightly coloured, kaleidoscopic murals.

Among other things, he has set the Guinness World Record, twice, for largest spray-paint mural: first with an acclaimed piece painted by him and his team for the Rio de Janeiro Olympics in 2016, then with an even bigger work in his native Sao Paulo the following year.

But what does a street artist from the urban jungle, used to traveling the world and working outdoors at massive scale, do when he is confined to his residence in a sleepy provincial town?

“My work is in the streets. I’m a painter who depends on the street. I paint murals. So this has all been a big change for me.

I’ve had to think about how to transform my work… rethink my creative process,” Kobra told a section of the media in an interview in Itu, the small southeastern city where he is riding out the pandemic.

From his confinement, Kobra painted a mini-mural called “Coexistence” on canvas.

True to his traditional style, it depicts five children from five continents praying behind face masks printed with the symbols of the world’s major religions: Islam, Buddhism, Christianity and Hinduism.

Though small by Kobra’s standards, it is still pretty big — easily taller than he is. But he dreams of painting a full-scale version somewhere in the world when the pandemic is under control.

Help for the homeless

For now, though, Kobra is working on part two of his plan: raffle off numbered prints of the painting to “bidders” who donate badly needed food and supplies for the poor in Sao Paulo, where stay-at-home measures have left many struggling to eat.

“If we’re scared staying in our homes, just imagine what it’s like for people who are living on the street,” he said, clad head to toe in black that contrasted with the vibrant colors of his painting.

“It doesn’t do any good to confine ourselves in our houses without giving any thought to our fellow human beings.”

Kobra is running the fund-raising drive with the help of two charities, I Know My Rights (IKMR) and the Nissi Arts Company.