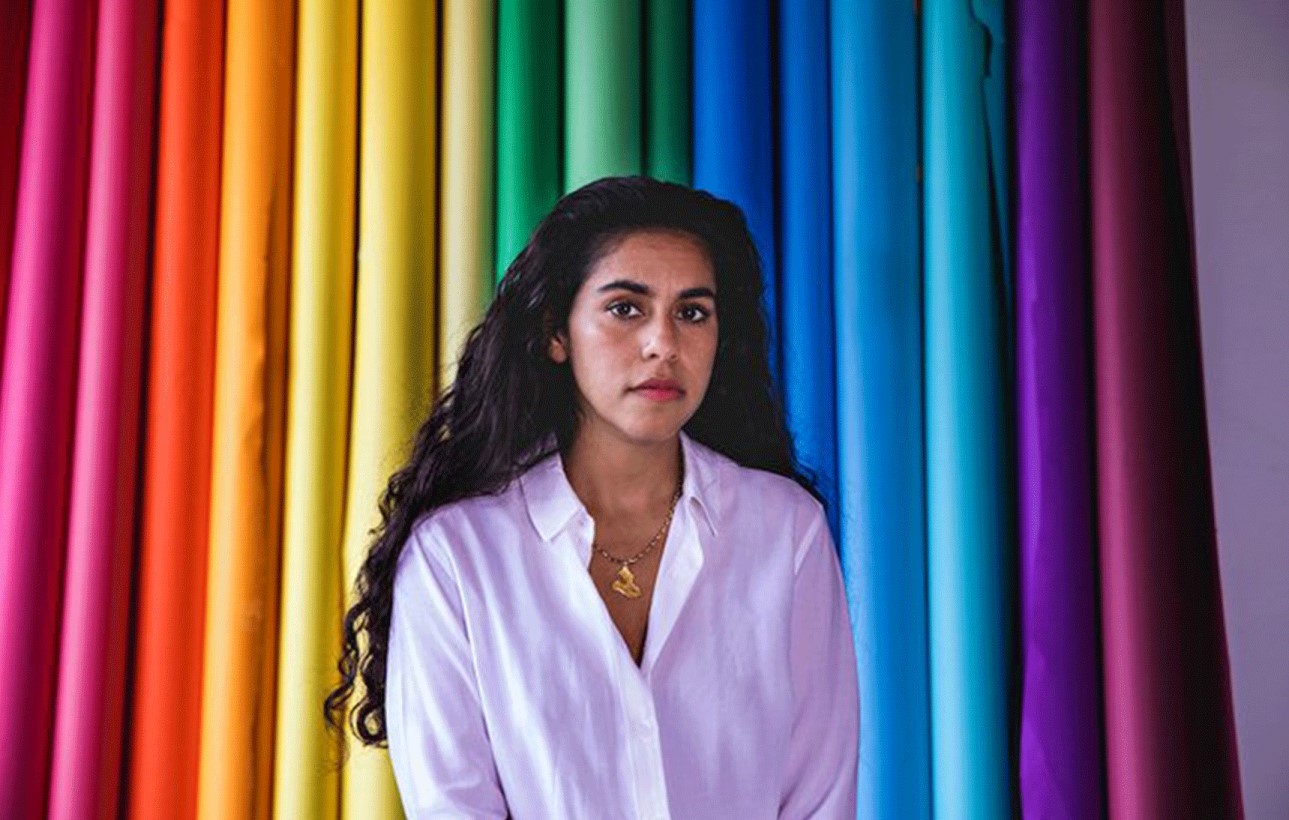 In a time of fear and uncertainty, when the world is grappling with a global pandemic, you might not imagine art having a practical purpose.

But when you see the work of data visualization artist Mona Chalabi, you immediately recognize that art can deliver important messages right now in a powerful, easily understood way.

She participated in a special online Earth Day YouTube discussion titled “Art in the time of the coronavirus,” moderated by the World Health Organization’s (WHO) Arts and Health Lead Christopher Bailey alongside panelists Jerry Saltz, senior art critic for New York Magazine, and Anne Pasternak, director of the Brooklyn Museum.

The event marked the first in a series of UN75 Dialogues by The Future is Unwritten, a New York-based initiative by CULTURUNNERS and the World Council of Peoples for the UN, to engage the arts and culture sector in UN global policy discussions and implementation efforts.

One of the works Chalabi shared depicted the average time it takes for COVID-19 symptoms to manifest. Another showed in simple, little pictures how long the virus lives on surfaces.

Chalabi, born of Iraqi immigrant parents and raised in London, formerly worked with large data sets for the Bank of England, the Economist Intelligence Unit and the International Organization for Migration.

Her art has been exhibited at several galleries, including the Tate, the Design Museum and the House of Illustration.

She currently works as a journalist for The Guardian newspaper and is based in Brooklyn, New York.

With her background in research, she has an ability to quickly assimilate reputable examination from a wide variety of sources, and present her extrapolation of the findings in visual images.

Chalabi said she wants people to travel with her in tracking and evaluating data on important social issues, and to recognize that there is an element of ambiguity and uncertainty in rapidly evolving ‘live’ situations. She noted how the poor and marginalized have been hardest hit by the virus.

She said she is grateful to the WHO for access to its comprehensive data on the virus, adding that her wish is “to inform without terrifying people but with emotional impact.”

Bailey described the virus as “a harbinger of other existential threats arising from the environment due to mismanaged practices in the food system, deforestation and climate change.”

He said the richest in society cannot turn their backs on the poorest and most marginalized, because defeating the virus will require everyone to pull together. “The chain of human health is only as strong as its weakest link,” he added.

Pasternak said museums and galleries without substantial endowments could easily go broke in the wake of the virus.

“Efforts to enhance diversity are going to be seriously challenged,” she said, adding that when managers ask questions such as “Who are we going to keep on the team?” they should address the issue “through the lens of equality.”

With regard to making art more widely accessible digitally, Pasternak said she wants to engage audiences around the globe as well as locally.

On climate issues, she said consistent public programs are needed to reinforce important messages, and flying around the globe to attend art fairs and conferences will need to be reassessed.

Saltz said the era of “flying from New York to London” for the night to attend exhibitions is over.

Bailey said after World War II, a better vision emerged where people are perceived as one species living on one planet as joint caretakers.

He concluded that this time of lockdown gives everyone a time to pause and to “turn negative cycles into a virtuous circle with relatively minor changes.”