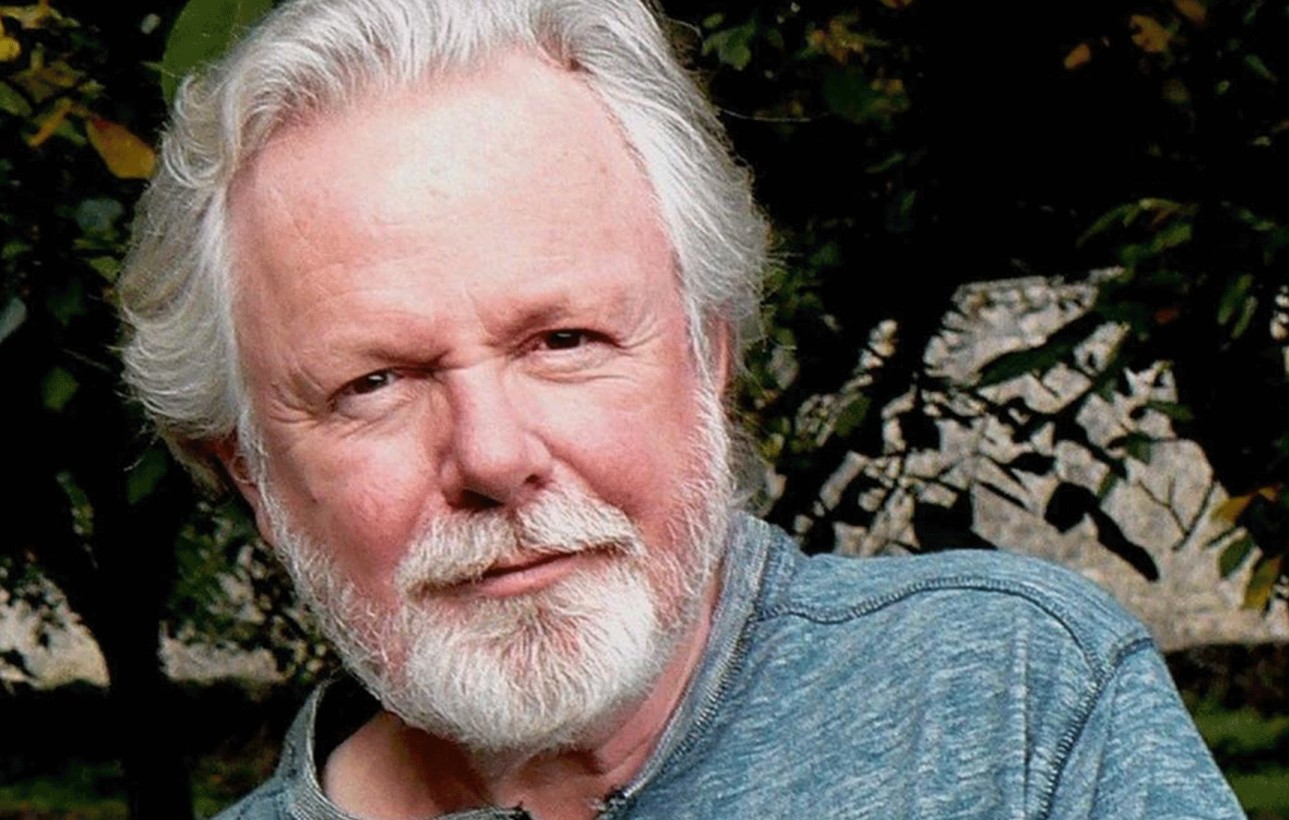 The British author’s crime thriller saw the prime minister catch the virus, London shut down and landmarks transformed into hospitals

The head of the Catholic Church, Pope John Paul II, has died, the Labour Party, under the leadership of Tony Blair, has begun its historic third term in government, and the nation is reeling from the single worst terror atrocity on British soil, the July 7 bombings.

It is 2005, but it isn’t these momentous events that capture the imagination of a struggling Scottish author. Instead, it is the announcement from the United Nations that an outbreak of bird flu could spread to kill as many as 150 million people worldwide.

The thoughts of Peter May turn to what a future in the deadly embrace of a severe respiratory virus might look like as the Department of Health put the UK’s own potential death toll from such an H5N1 pandemic at 700,000.

The inspiration leads May to write a fantasy crime thriller in six weeks, set against the backdrop of the horrors that would be unleashed on the world. In his portrayal, London shuts down as shops are closed, funerals are cancelled, people wear protective face masks, makeshift military hospitals are built inside national landmarks, and millions are dying – including the British prime minister – after contracting the virus.

As it turned out, the worst fears of the UN were never realised with that particular outbreak 15 years ago, and the idea of an avian influenza pandemic was consigned to the pages of history as an over-reaction.

In the pages of May’s manuscript, however, H5N1 was not contained, but went on to inflict chaos that rapidly saw society begin to disintegrate. His novel landed on the desks of more than 10 British publishers, and it wasn’t long before the rejection letters began flooding in. The consensus was that the plot, of what was then called Dying Angel, was “ludicrous, wholly unrealistic, sci-fi fantasy”, and May consigned it to a virtual bottom drawer where it lay forgotten gathering dust… until now.

Fast-forward 15 years, and May, now 68, is a bestselling and award-winning author of criminal thrillers. One of his many, many fans sent him a tweet last month suggesting that he use the coronavirus pandemic as a setting for his next novel.

“It sent shivers down my spine,” he told The National.

“I had forgotten about [the old manuscript]. I re-read it and couldn’t believe the similarities between my book and what is now actually happening. I was amazed at how close it is to what we are living through with the social distancing, people in masks and deserted streets.

“The publishers had dismissed it – they said London would never be shut down by an invisible killer. No one thought it would ever happen.”

Except May. As he says, the parallels between the present pandemic and his novel, which has now been published under the apt title of Lockdown, are striking.

“My [current] publisher nearly fell off his chair when he saw it,” he said.

“He sat up through the night reading it and the next day it was a firm: ‘yes’. Usually, it takes over 12 months from me sending a script to it appearing on the shelves, but this happened in the space of four weeks.

“The story is a murder case which starts after bones are found at a building site opposite Lambeth Palace where an emergency hospital is being built by St Thomas’. My detective, Jack MacNeil, is told to investigate, even as his own family is touched by the virus.

“In my book, crematoriums could not cope, and Battersea Power Station was used as a mass crematorium. Now, the government is taking over conference centres… in the book, the formerly named Millennium Dome, now the O2, was a white elephant at the time, and I used it as an overspill for the hospitals and it was filled with beds.”

Between his publisher seeing the script on March 18 to its immediate launch as an e-book on April 2, Boris Johnson, Britain’s prime minister, tested positive for Covid-19. Three days after the ebook became available online, Johnson was admitted to hospital and was subsequently rushed into intensive care at St Thomas’ Hospital in London.

The first chapter of Lockdown was being played out in real life – an invisible killer had taken hold of London, and the prime minister had been infected and admitted to St Thomas’s. Sadly, unlike Johnson, the fictionalised PM didn’t make it.

“I had goosebumps. I was praying [Boris Johnson] wouldn’t die. It was very surreal.”

May gained much of the context for his invented bird flu pandemic while researching the 1918 Spanish flu for another of his books, Snakehead. The Spanish flu hospitalised the UK’s then prime minister, David Lloyd George, for 10 days.

“The book had its genesis in 2001, as part of a series of thrillers I was writing,” he said. “I began researching the Spanish flu to use in it. I had the idea of it being weaponised and released.

“I researched the Spanish flu, the circumstances surrounding it and how the world reacted. There were worldwide lockdowns, people were not allowed out of their homes, shops and businesses were shut, funerals were banned; the two are so similar.

“It saw 50 million people die and there were two waves of it. There was the spring one like now and then, in the autumn, it came back more prevalent. It was the Sars outbreak in 2001 that started my research. I got the US and UK pandemic preparedness plans and then, when bird flu came in 2005, put pen to paper.

“I decided to look at what a major capital city would look like in a pandemic in shutdown.”

May’s novel features a murder investigation set amid the scenario of empty streets and people confined to their homes, hospitals unable to cope and emergency medical facilities being built.

It is not the first time that life has imitated his art. His imagination in Snakehead, published in 2002 as the fourth of his China Thriller novels, has become reality with the discovery of a refrigerated lorry containing 90 dead illegal immigrants. On 23 October 2019, the bodies of 39 Vietnamese citizens, were found in the trailer of a lorry in Essex. He also envisaged the creation of genetically modified rice.

As a television scriptwriter in the nineties, May even wrote that a character fell off a ladder and broke his leg. Weeks later, the actor playing the role did just that.

While his prescience has been widely lauded, the author has dismissed the idea of writing a follow-up to Lockdown.

“I won’t be doing a sequel,” he said, firmly. “It has been quite a traumatic experience finding this script again.

“I would have been happy if it had remained in the drawer and unpublished. I never thought it would be a reality, and its impact has been so devastating for so many. I have had mixed feelings about its publication.”

So much so that May has donated the advance for the novel to charities helping those on the frontline of the fight against coronavirus in the UK, and France, where he now lives.

‘Lockdown’ (riverrun, £8.99), by Peter May, is available in paperback from April 30 and as an ebook or audiobook now.