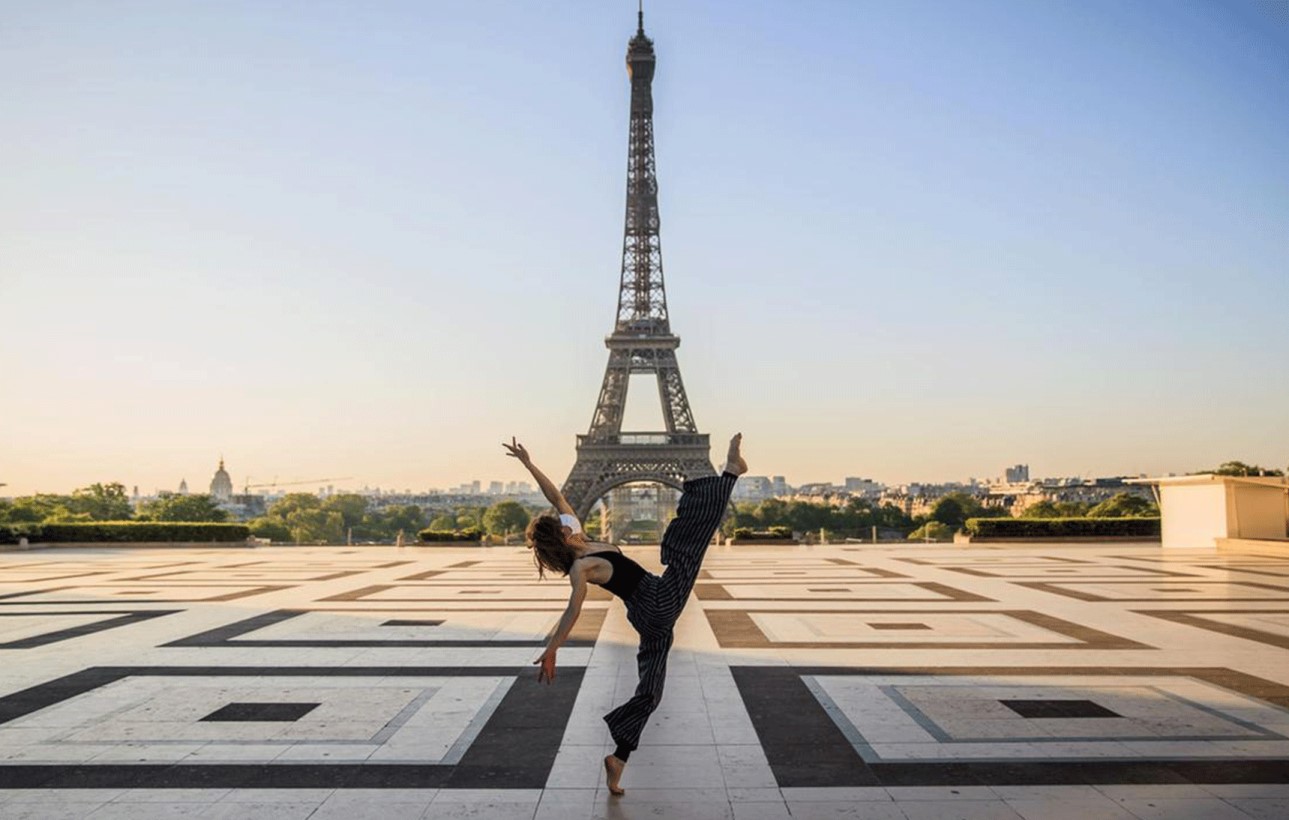 Yara al-Hasbani danced before deserted monuments in the French capital

Dancer Yara al-Hasbani is used to causing a stir everywhere she goes. The Syrian choreographer has drawn crowds across France for her performances in public squares and parks.

But there wasn’t a soul in sight as she performed a series of spectacular ballet moves in front of the deserted grand monuments of Paris.

With the French capital in lockdown for nearly six weeks because of the coronavirus, the 26-year-old had some of the most visited sites in the world to herself.

Wearing a white mask, she danced an arabesque in front of the Louvre museum, an “attitude derriere” on the steps of Sacre Coeur and did a “six o’clock” with one leg right up to her head by the Arc du Triomphe.

Trained as a ballet and contemporary dancer in Damascus, Al Hasbani left her war-torn homeland six years ago and is now a member of the Atelier of Artists in Exile in the French capital, where she has lived since 2016.

“It is really strange to see these monuments deserted,” said the choreographer.

She said it was wonderful “to admire the city without noise and tourists but at the same time it was sad, as if it was abandoned.”

Perhaps the most spectacular images come from Human Rights Square – a cause dear to Al-Hasbani’s heart – at Trocadero looking out at the Eiffel Tower.

She has previously danced at Place de la Republique, a traditional rallying point for protests in the French capital, where she created her first piece outside Syria in memory of the hundreds of children killed in a chemical attack near Damascus in August 2015.