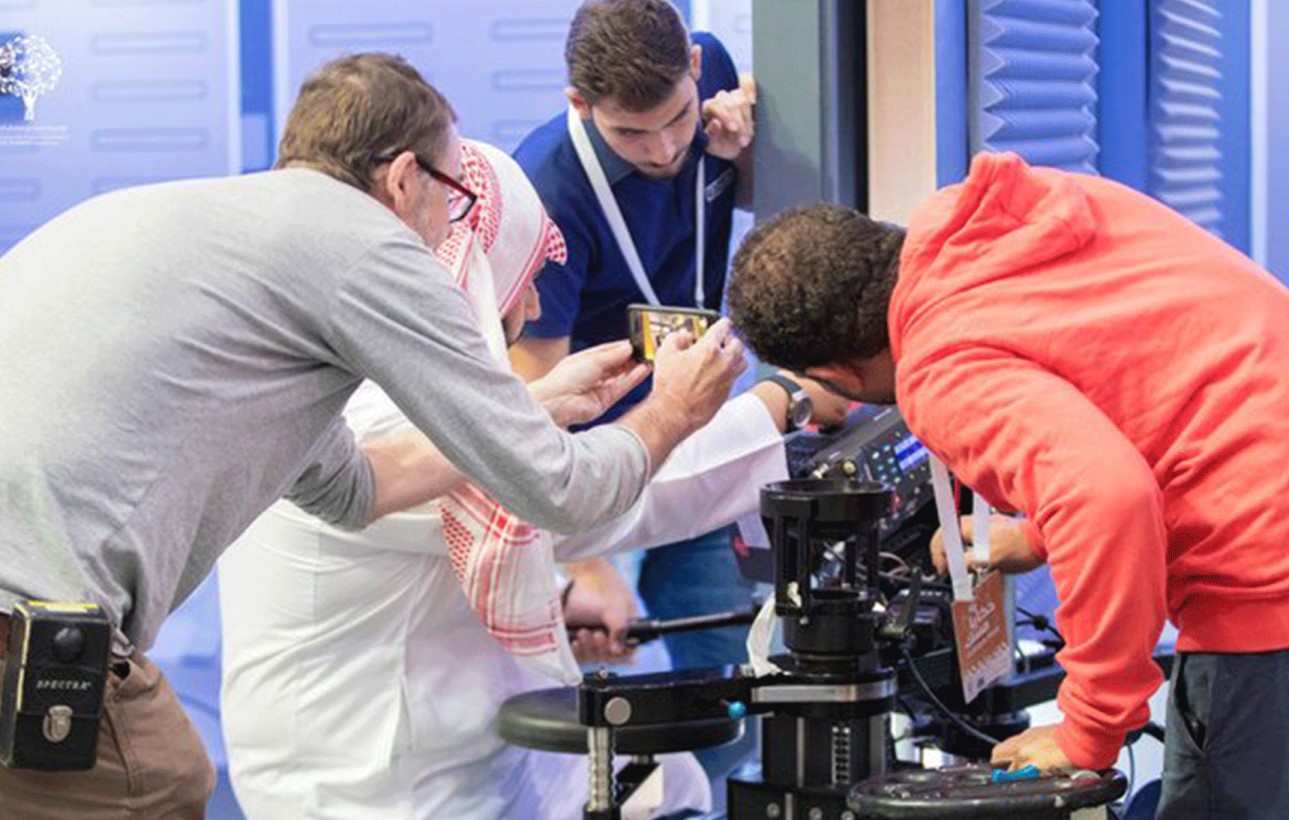 CAIRO: Egypt’s Ministry of Tourism and Antiquities has revealed a new archaeological discovery to the world — announced online as part of the state’s measures to prevent the spread of the coronavirus.
The discovery, posted on the ministry’s official web page and social media networks, was at the sacred animal necropolis in Saqqara where there have been two other archaeological discoveries during the past two years. The most important of these were the gorgeously decorated tomb of Wahti and a cachette of sacred birds and animals from which many animal mummies — some extremely rare — were brought to light.
According to the Ministry of Antiquities, the latest discovery was at the bottom of a 11-meter-deep shaft. Five sealed stone coffins/sarcophagi were found, and four niches in a room containing wooden coffins and late-era human burials.

A massive anthropoid wooden coffin with hieroglyphs written in yellow pigment was discovered in one niche. “We found several other artifacts around the coffin,” the ministry said. “They included 365 faience Ushabti figurines, some of which bear hieroglyphs texts; a small wooden obelisk about 40 cm tall, all four of its sides bearing painted scenes depicting the deities Isis and Nephthys, and the deity Horus; wooden statues of the god Ptah-Sokar-Osiris; and three pottery canopic jars in which the viscera removed during mummification was kept, in addition to many other artifacts.”
Archaeological expert Abdel-Rahman Rihan said the latest discovery was at a site where work had been underway for more than three months.
Rihan said that the find dated to the late Pharaonic kingdom following the third transitional era and prior to the Ptolemaic Era, dating back to 332 B.C.
Egyptian archaeologists do not all agree on the beginning of the late era. However, they do agree that it was around the late 25th Dynasty and before or during the 26th Dynasty.
The 25th Dynasty rulers were from Sudan, particularly Sudan’s northern area of Nabta, which was the capital of the kingdom of Kush in ancient times. The region is about 300 km from the capital Khartoum.

“The discovery is certainly very important as it coincides with the expected inauguration of the Grand Egyptian Museum, which is at the top of the Egyptian state’s priorities after the coronavirus pandemic is over,” Rihan said. The ministry was using technology to introduce its archaeological discoveries to the world, and these would be “awaiting visitors” after the pandemic ended, he said.
During the past few years, the ministry has been focusing on improving services for visitors, especially at museums and archaeological sites.
“We have a plan to develop services in the pyramids area, which was very difficult to visit,” Rihan said. “However now the venue is being provided with all that tourists need, such as cafeterias, eco-friendly and safe transportation, bathrooms and other amenities.”
Minister of Tourism and Antiquities Khaled El-Anany said that his department was working on developing a guideline for visitors that would be unveiled when the coronavirus crisis ended.
“There will be a high level of hygiene in restaurants and hotels, and sanitization will be carried out differently,” El-Anany said. “The entire world has learned a lot from this crisis and we will emerge stronger after we overcome it.”