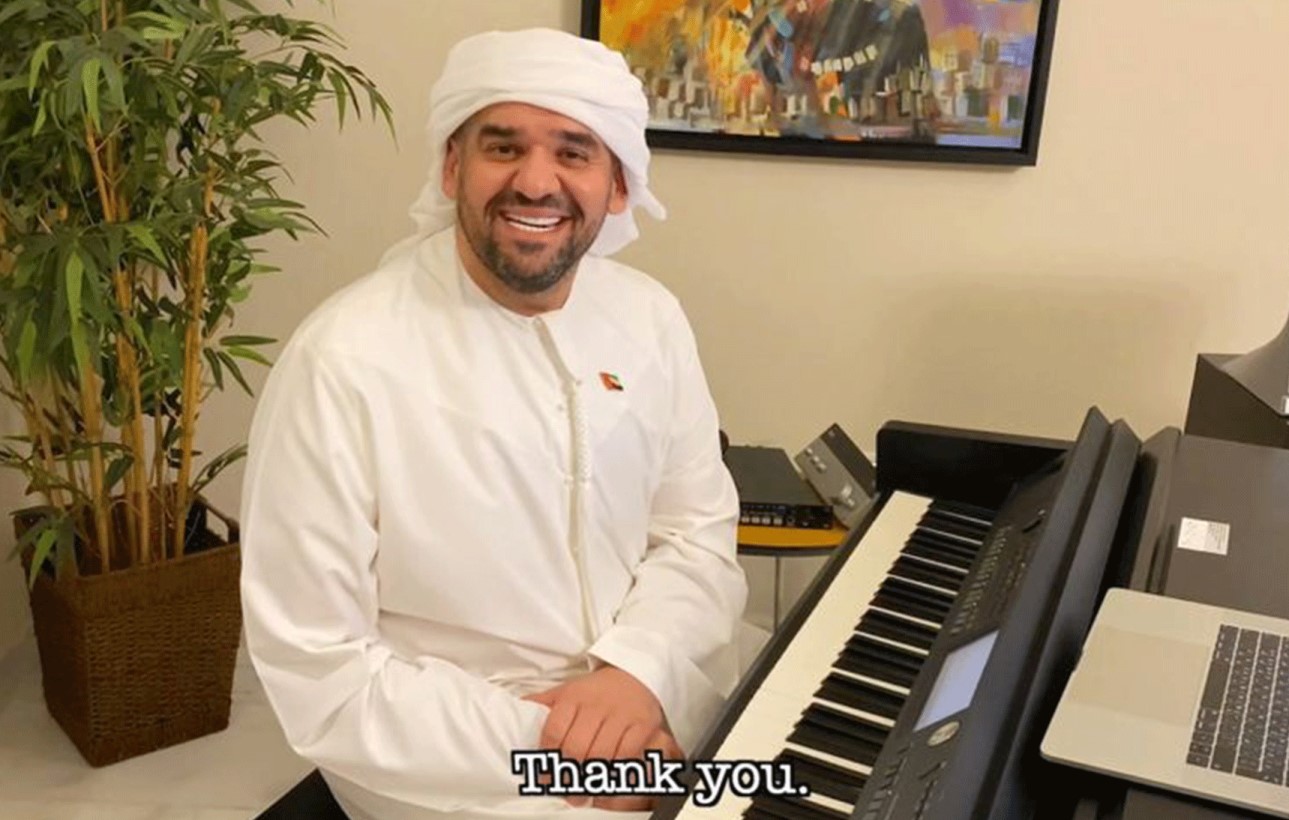 Beloved Emirati singer Hussain Al Jassmi saluted the UAE’s efforts to battle Covid-19 during a global livestream of ‘One World: Together At Home’, presented by Global Citizen and curated by American pop star Lady Gaga.

Al Jassmi was the only Arab artist on the extensive bill, which included more than 70 familiar faces, from Paul McCartney, Taylor Swift and John Legend to Oprah Winfrey and Shah Rukh Khan.

“Up next is the incomparable Hussain Al Jassmi,” introduced ‘Good Place’ actress Jameela Jamil, after English singer Rita Ora wrapped up her set.

Al Jassmi appeared on screen with his signature smile and a UAE lapel pin clipped to his white kandoura. He performed two songs on his piano — but first, he spoke in Arabic to salute the UAE.

“The UAE has provided help to more than 15 countries around the world until now, through ongoing medical and humanitarian aid, and it continues to work on this front. I am very proud to belong to this nation and I hope that this crisis ends at the soonest, so that we can get back to seeing you, being close to you, and meeting you through our concerts, as well as your visits to us and our visits to you,” said Al Jassmi.

The singer performed ‘Bahebek Wahashteni’ (‘I Love You, I’ve Missed You’) and ‘Mohem Jedan’ (‘Very Important’). He dedicated the second to his fans and all those watching around the world.