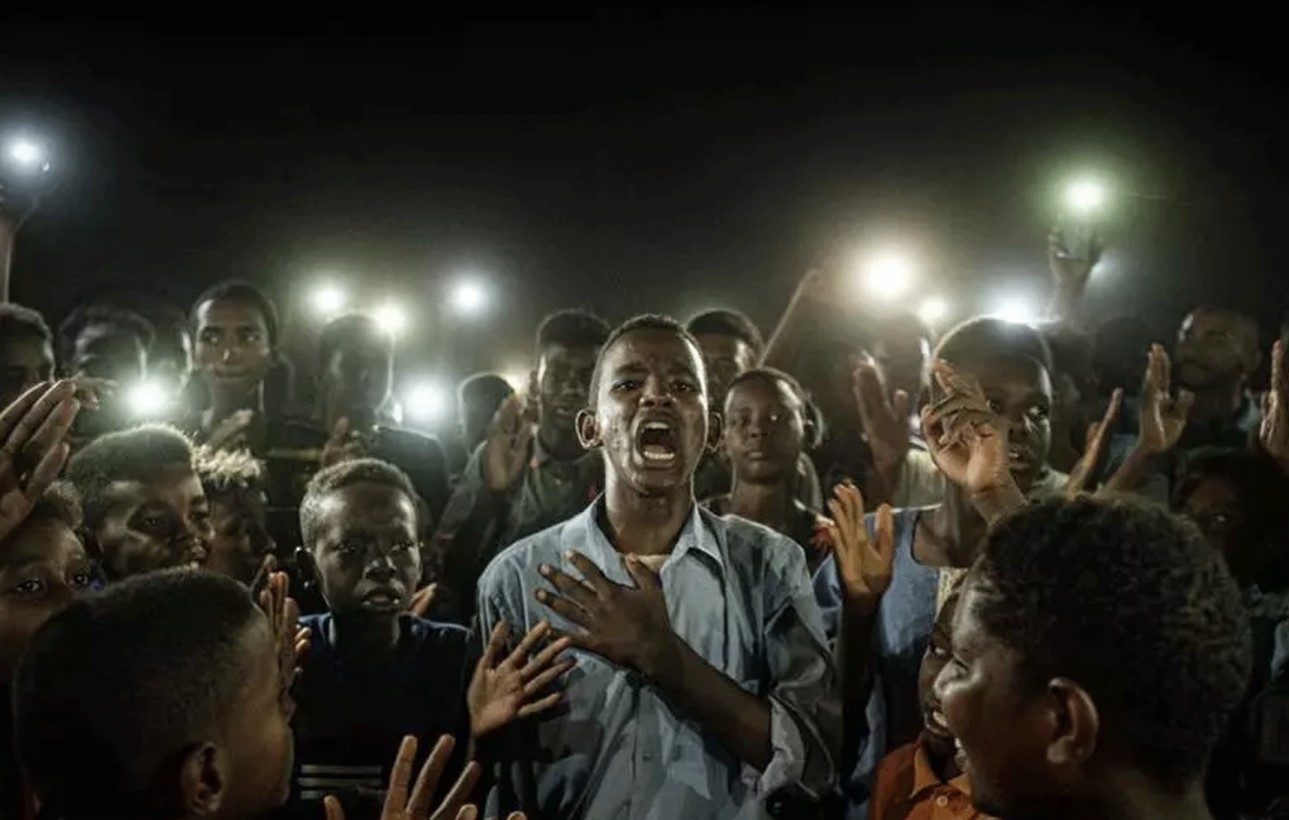 An emotion-charged photo of a young man illuminated by cellphone lights as he recites poetry during the 2019 protests calling for civilian rule in Sudan won this year’s prestigious World Press Photo award.

A ‘sense of hope’

Chris McGrath, a photographer for Getty Images and member of the 2020 jury, called the winning photo “just a really beautiful, quiet photograph that summed up all the unrest across the globe of people wanting change.”

Jury chair Lekgetho Makola said that despite being taken during a time of conflict, the photo “inspires people”.

“We see this young person, who is not shooting, who is not throwing a stone, but reciting a poem,” he said. “It’s acknowledging, but also voicing a sense of hope.”

The World Press Photo Story of the Year also came from Africa, with French photographer Romain Laurendeau winning for a series titled “Kho, the Genesis of a Revolt,” focusing on the roots of protests that erupted last year in Algeria. The series also won the Long-Term Projects category.

The first prize in the Spot News category went to Farouk Batiche of German news agency dpa for a photo of students scuffling with police during a demonstration in Algiers.

Protests and grief in Africa were strongly represented among news winners, with a series of images by Associated Press photographer Mulugeta Ayene of grieving families and other people at the site of the crash of Ethiopian Airlines Flight ET302 near Addis Ababa winning the Spot News Stories category. The series also was one of three nominations for Story of the Year and one of the images was among six nominations for the World Press Photo award.

The Boeing 737 MAX crashed into a field shortly after take-off, killing all 157 passengers and crew.

The closing date for entries was January 14, before the coronavirus outbreak gripped the globe and began dominating news coverage. In all, 4,282 photographers submitted just under 74,000 photos. The 44 winners came from 24 different countries, organizers said.

Esther Horvath of Hungary won the Environment Singles category with a photo for The New York Times of a polar bear and her cub near equipment placed by scientists investigating the consequences of Arctic climate change.

Another AP photographer, Ramon Espinosa, won third prize in the Spot News Singles category for an image of people wading along a flooded road in Freeport, Grand Bahama, after Hurricane Dorian pummeled the island.