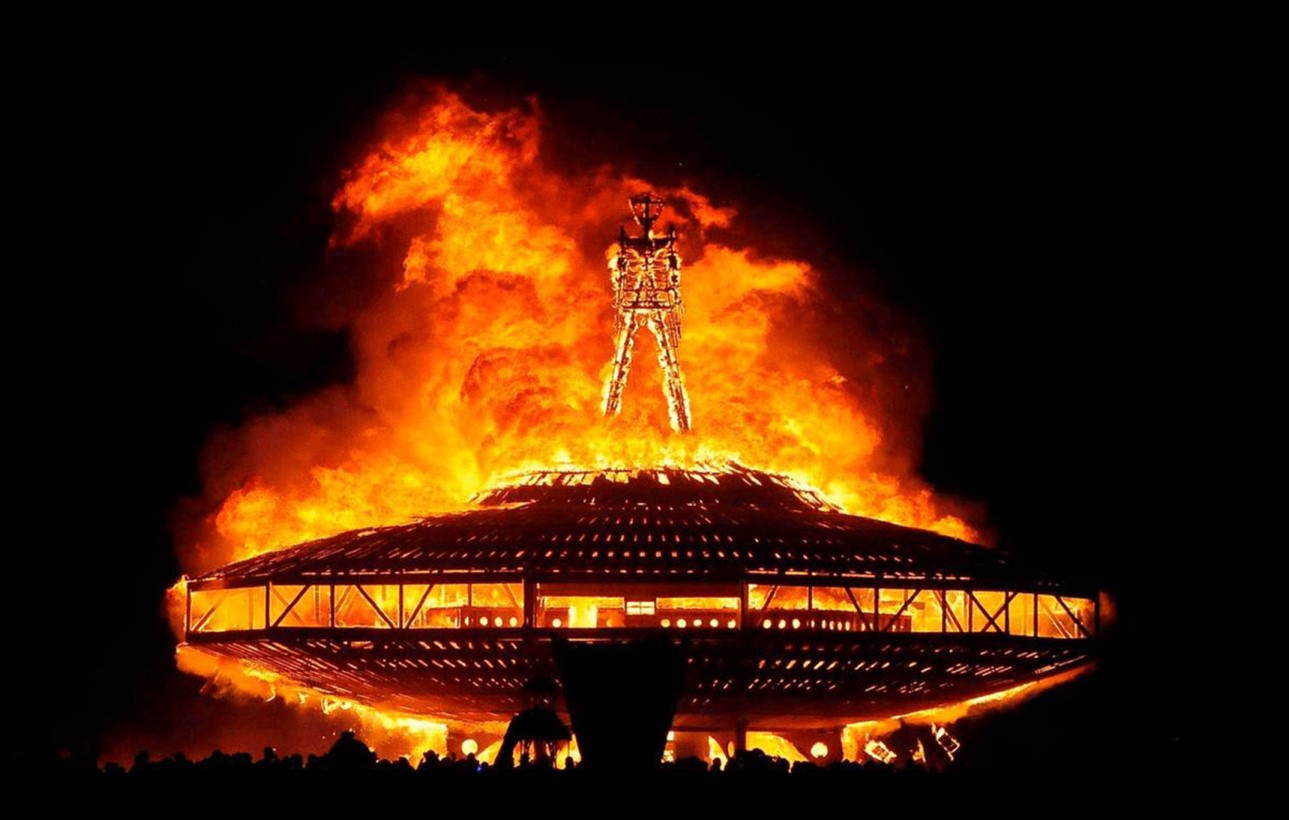 The festival usually attended by 80,000 was set to take place in the Nevada desert in August

Burning Man festival has become the latest large-scale event to cancel amid the coronavirus outbreak.

The organisers will instead hold a digital version of the annual event, for which more than 80,000 people come together in the Nevada desert to build works of art and set them on fire.

The team hopes Virtual Burning Man will attract 100,000 participants, saying holding the event online means there is no limit to the number of people who can attend.

While a price has not yet been announced for Virtual Burning Man, organisers have confirmed it will be a charged for event.

Held over the past three decades, Burning Man brings a substantial economic boost to Nevada and the Black Rock Desert each year. The cancellation will have large implications for tourism and the economy, as well as the thousands of people who work each year to assemble the event.

Due to take place at the end of August, tickets for this year’s event were scheduled to go on sale in early April, however, after postponing for more than a week, organisers made the call to cancel the 2020 event.

“Yes, we are heartbroken. We know you are too,” the group said in a statement, citing concerns over “public health and the well-being of our participants, staff and neighbours in Nevada”.

It is the latest large-scale music festival to cancel plans. Glastonbury Festival, set to take place in the south-west of England, scrapped its 50th anniversary celebrations, while Coachella postponed its April event until October.

Those who purchased early bird tickets for Burning Man can claim a full refund, however, organisers have asked people to donate the funds from ticket costs to help the event stay afloat. “We are committed to providing refunds to those who need them, if you have the means, it is our sincerest hope that you will consider donating all or a portion of your ticket value,” the orgabisers said.
www.thenational.ae