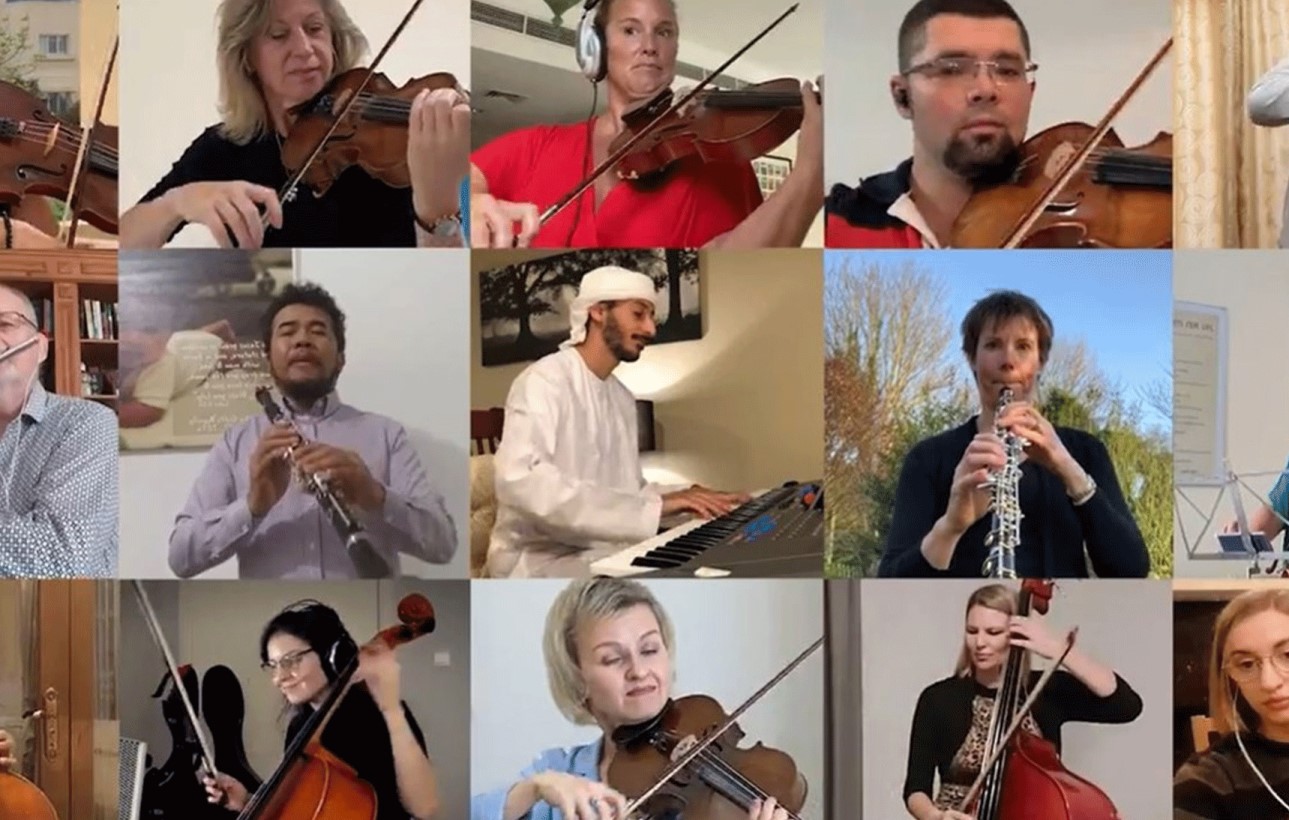 Musicians from all over the world have joined together for a beautiful rendition of the UAE national anthem to convey a message of peace and solidarity.

Abu Dhabi pianist and composer Hamad Altaee came up with the idea to spread positivity in the midst of the coronavirus pandemic through the universal language of music.

“I know lots of musicians around the world, so I came up with an idea: why don’t I play the national anthem of the UAE?” Altaee tells The National. “Since everyone is stressed and worried about the coronavirus, we wanted to share our smiles and feel calm here in the UAE.”

Altaee managed to involve 19 musicians from 12 different countries around the world, including Norway, Scotland, the United States, Belarus, Finland, Egypt, Ukraine, the Philippines, England, Belgium, Turkmenistan and the UAE. Each musician recorded a specially created arrangement of Ishy Bilady, which were then joined together to create a stunning rendition.

“I had the idea around a week ago, and I must tell you it was not easy, but I had it on my mind and I had to do it,” he says. “I knew if I did it, everyone in the UAE would be happy.”

Each video was recorded as a solo performance, with all 19 videos then weaved together by Altaee and his video producer. “I was worried that it wouldn’t sound good when we collected all the videos, because everyone is playing by themselves,” he explains. “But when every musician watched the video today, they were absolutely amazed because the full colour of the music and the national anthem really came through. It’s just an amazing feeling.”

Altaee hopes that the video shows everyone that you can still join together and communicate online while staying at home in self-isolation, and that music is a universal language that can be enjoyed by all.

“Through music we can connect everyone, from everywhere. We can always talk together in music. The most important thing is to uplift, show tolerance and positivity through music. We especially need it at this time,” he says.

Altaee is a pilot with Etihad, as well as a concert pianist and composer who has played around the world. He started learning to play the piano at the age of 4, although he has never had a professional lesson, learning everything he knows by ear. He has been performing publicly since 2009, and has played with the National Symphony Orchestra, as well as performing shows in the United Kingdom, Italy and France.

“It is amazing to do something that makes people happy,” he adds. “We are all from different cultures, different colours and different countries. We all play together and we all talk in one language, which is the language of music. We need to use this time to do more of this kind of thing.”