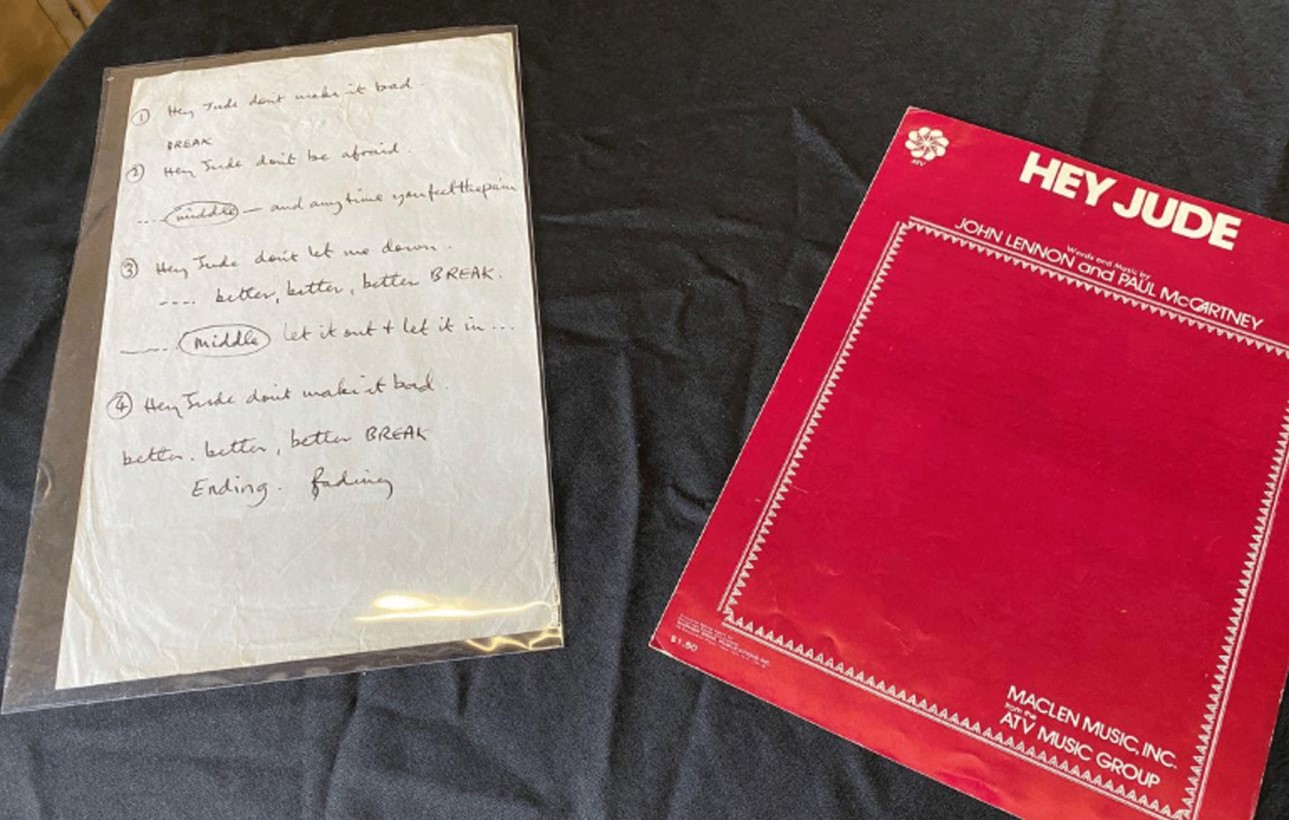 A vintage bass drumhead with The Beatles’ logo that was used during the English band’s first North American tour in 1964 was another top item, selling for $200,000.

The items were among more than 250 items of Beatles memorabilia offered in an online auction by Julien’s Auctions to mark the 50th anniversary of the band’s breakup.

A drawing by John Lennon and wife Yoko Ono called Bagism, a term they coined to satirize stereotyping, sold for $93,750, while an ashtray used by the Fab Four’s drummer Ringo Starr at the Abbey Road recording studios in London fetched $32,500.

The wooden stage of the small Liverpool venue where the band performed before they rocketed to fame went for $25,600.

“It’s obviously a very iconic song that everyone’s familiar with,” said Watkins. “These handwritten lyrics were used in the studio as a guide when they were recording it.”

The sale had been due to take place online and at the Hard Rock Cafe in Times Square, New York, but it was made online-only due to the coronavirus pandemic, the auction house said.