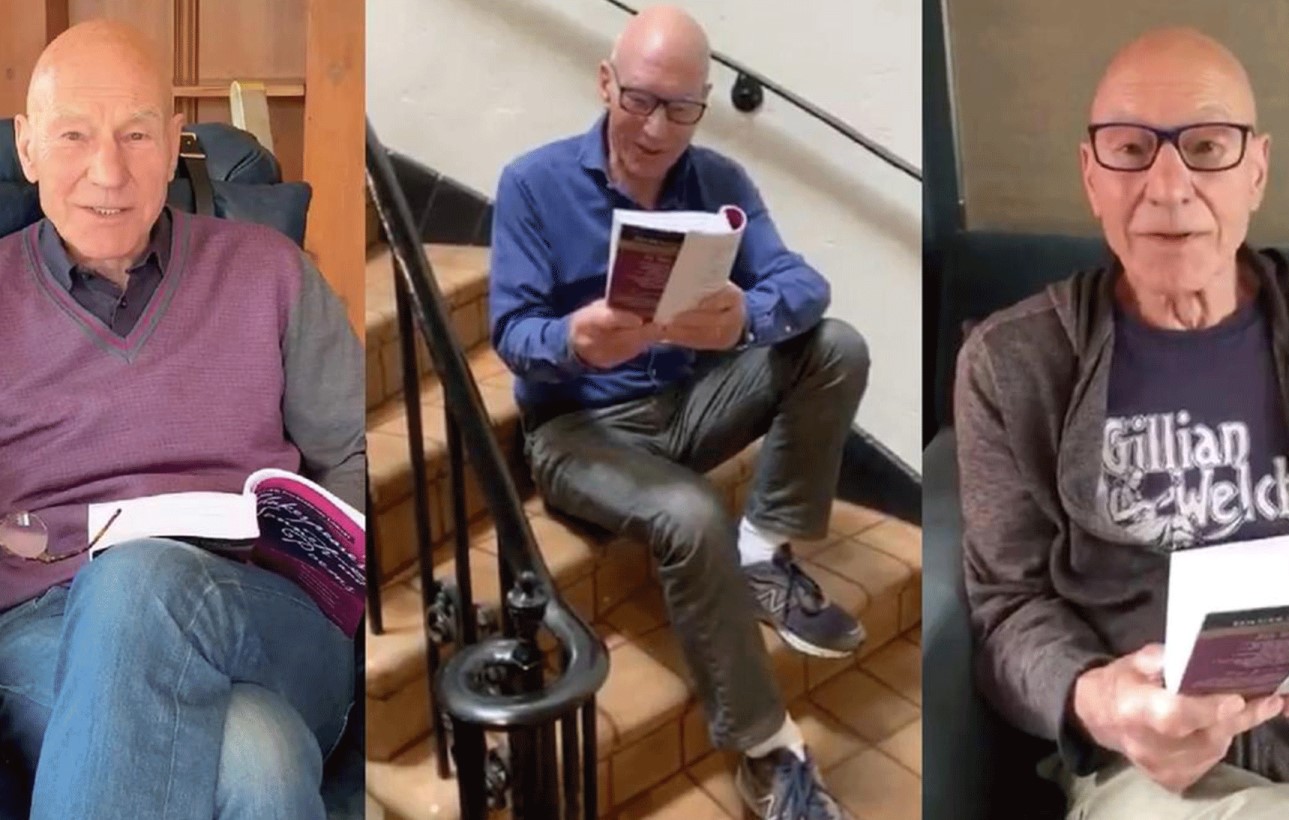 He has appeared in everything from King Lear to A Midsummer Night’s Dream, but now Sir Patrick Stewart has a new Shakespearean role – and is performing to an infinitely bigger audience than you’d find in a typical theatre.

The British actor and producer, who started his acting career with the Royal Shakespeare Company, has been giving a twist to the Bard’s centuries-old words with a new social media series.

Stewart, 79, is reading one of William Shakespeare’s sonnets every day to his 3.4 million Twitter followers.

The initiative began on March 22, when the Star Trek actor gave an impassioned reading of the wordsmith’s Sonnet 116 in a video posted to his social media account.

The next day, Stewart revealed he was “delighted by the response” in a follow-up tweet, adding that he would now continue his readings as a daily series.

Stewart, who won a Laurence Olivier Award in 1979 for Best Actor in a Supporting Role for his performance in Antony and Cleopatra, added that he would start from the beginning of Shakespeare’s most famous quarto of sonnets, first published in 1609.

He has subsequently given readings of sonnets one to 18, though has skipped a number due to extenuating circumstances.

“It’s too hard,” he said of sonnet five, explaining why we had jumped from sonnet four to six. “I’ve been working on it and working on it, and I just don’t think I can do it justice because I don’t really understand it,” he admitted in a refreshing clip.

He also ignored sonnet nine because “I don’t like it”.

The readings have thus far, as expected, been delivered with more gravitas and theatrical nous than you’d get in your typical English class.

Stewart, who was given a knighthood by Queen Elizabeth II in 2010 for services to drama, is also known for his work in the X-Men film series. He won another Olivier Award in 2008 for his performance as King Claudius in Hamlet.

The actor has not confirmed if he intends to read all 154 of Shakespeare’s sonnets if restrictive measures to prevent the spread of the coronavirus are lifted in the UK, but they’re certainly providing a soothing distraction for those staying indoors.