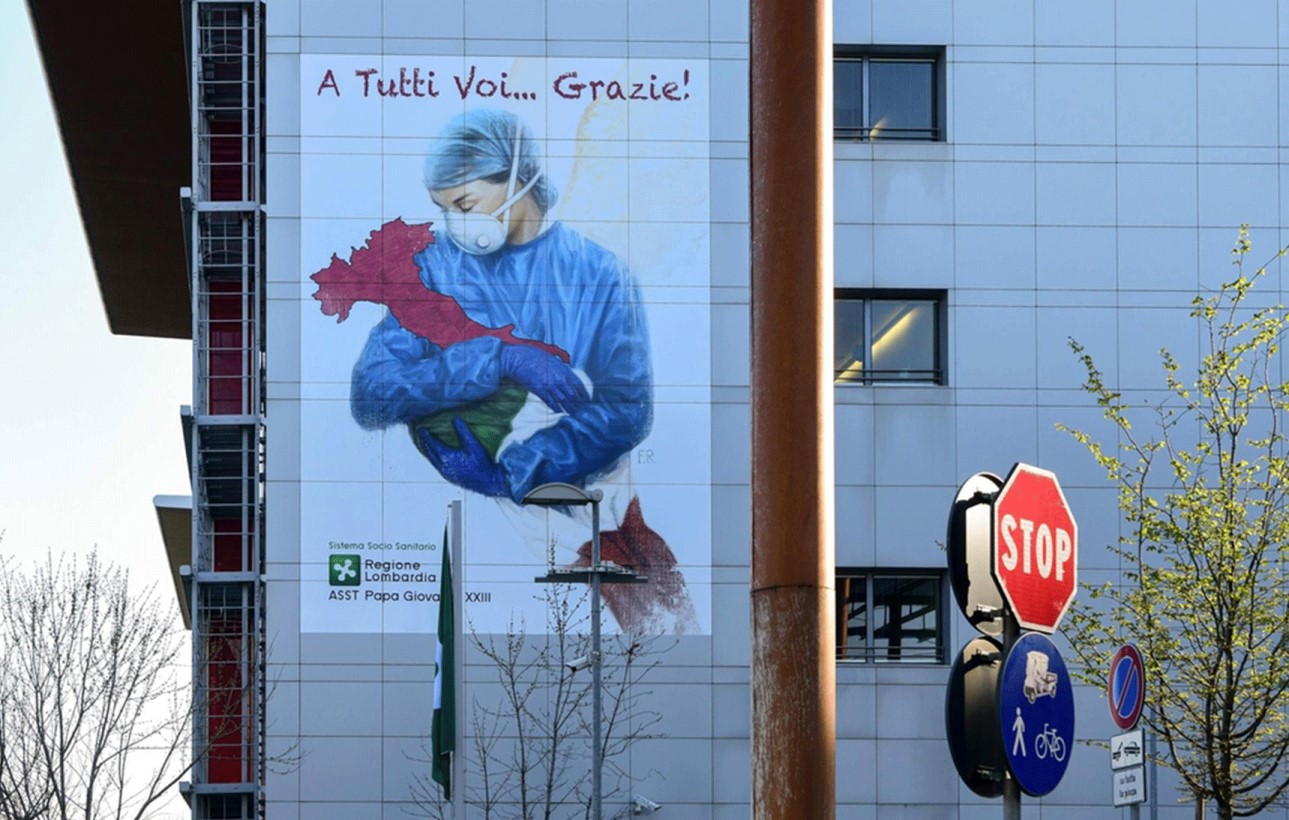 Thanks to its visibility, street art often lends itself to making statements. These can be political, unifying or educational, as in the case of new graffiti by Senegalese artist collective RBS Crew.

Stretching over 10 metres of wall in Dakar, the series of works offer messages towards public health amid the coronavirus crisis. There are reminders for proper handwashing and sanitising, the use of surgical masks, as well as tributes to medical workers.

Senegal has one of the highest levels of infection in West Africa, with 222 confirmed cases at the time of writing. In a country where adult literacy rates fall at just above 50 per cent, the persuasive power of images can be a saving force. Speaking to Reuters, the head of the collective, Serigne Mansour Fall, said “As Senegalese we have a duty, a responsibility to raise awareness… Especially as the majority of the population is illiterate, as artists, we can communicate through visuals.”

Brazilian artist Kobra, well-known for his kaleidoscopic large-scale murals, has unveiled his new creation to share a message of solidarity. Painted in an undisclosed location and revealed on his Instagram page, the mural features children of different faiths, hands in prayer as they wear surgical masks. Kobra’s signature colourful Jacquard patchwork highlights their faces. “In these times of necessary social isolation, we need to have faith. Regardless of geographic location, ethnicity and religion, we are united in the same prayer,” he writes in the caption.

Across the world, other graffiti artists have reflected on the pandemic in their respective countries. In the UK, London street artist Lionel Stanhope has painted an image of Jan Van Eyck’s red-turbaned Portrait of a Man with a twist – a mask covers his nose and mouth. A snapshot from the Gaza Strip shows an encouraging message in Arabic that reads, “By fighting this pandemic, we protect man and safeguard the Earth.”

There are also numerous tributes to medical workers in various countries, including Italy and Poland. On the wall of the Papa Giovanni XXIII Hospital in Bergamo, where the centre of Italy’s outbreak has unfolded, a woman in scrubs cradles a map cut-out of the country. “To all of you… thank you,” the text reads in Italian.

Corrie Mattie, an artist in Los Angeles, has been swiftly completing works about the pandemic across the city to motivate people to stay at home while maintaining hope. Her murals, which she tags with #LAHopeDealer, spells out phrases such as “Cancel plans. Not humanity.” and “Flatten the curve.” On her Instagram, the artist writes, “My brother, someone I have looked up to my entire life, is a doctor our here in Los Angeles. While he has to help tackle this pandemic hands on, I am trying to bring awareness and hope to this city and to the world, in a unique and creative way.”

So far, the coronavirus has infected more than 1.2 million people worldwide. As social distancing measures increasingly heighten in various countries, including the UAE, the streets may continue to empty, but street art’s messages can still resonate.