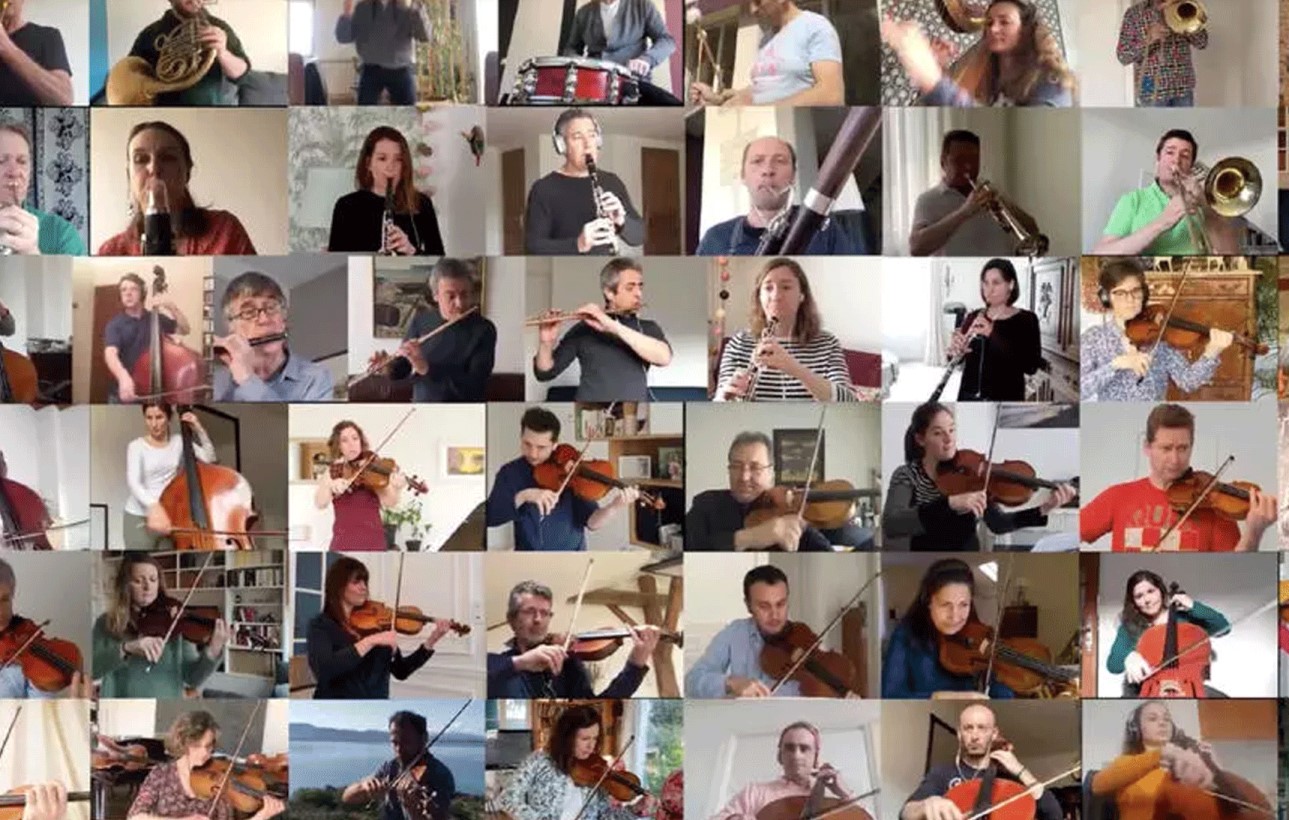 A French orchestra has found a way around the coronavirus lockdown to record a 51-instrument rendition of Ravel’s Bolero. One by one.

Then the magic: a technician jigsawed the bits together into a video mosaic to create a near flawless, combined performance of woodwinds, brass, percussion and strings.

“I would never have imagined synchronising the sound of instruments not playing together,” said Dimitri Scapolan, a Radio France video editor in charge of the project. The ONF is one of two orchestras of Radio France.

“When I overlapped all the pieces recorded by the cellphones on my computer, to my great astonishment, everyone was in perfect harmony,” he told AFP.

“All I had to do was to adjust the levels a bit and add some resonance — it mixed itself. It was a pleasure.”

This unusual rendition of Bolero, one of the world’s best-known pieces of classical music, had been reworked by conductor Didier Benetti into a condensed four-minute version.

The original work is about 15 minutes long and written for 80 musicians.

The ONF clip has been viewed more than a million times on YouTube since it was uploaded on March 29 — 12 days into France’s campaign of home confinement to brake the coronavirus pandemic.

It can be seen here: https://www.youtube.com/watch?time_continue=117&v=Sj4pE_bgRQI&feature=emb_logo

The video begins with the artists introducing themselves one by one. The music starts with instruments being played on three split screens, then four, and more and more as the piece crescendos.

“At the end, when we have all 51 musicians, I amused myself by recreating the positioning of the orchestra on the screen,” said Scapolan.

“It highlights Ravel’s orchestration and how this music works.”

For the participants, it was a chance to escape their own confinement, at least mentally, but also to help boost the spirits of others.

“It provides a feeling of union” in a time of confinement, said violinist David Riviere, who recorded his part while listening to the piece through headphones.

“It is a virtual reunion; we’re gathered on the ‘Cloud’ but we have our colleagues in mind while playing.”

For Riviere it was also a way to spread joy, “something universal in this particularly difficult time” which has seen the ONF cancel all concerts.

“It is awful to not be working,” said Michel Orier, music director at Radio France.

“But with this moving video, we wanted to say to the public: ‘We are still there for you’.”

The Rotterdam Philharmonic Orchestra had done a similar recording with Beethoven’s Ode to Joy, and the Toronto Symphony Orchestra with Aaron Copland’s Appalachian Spring — each bringing together some 20 musicians.