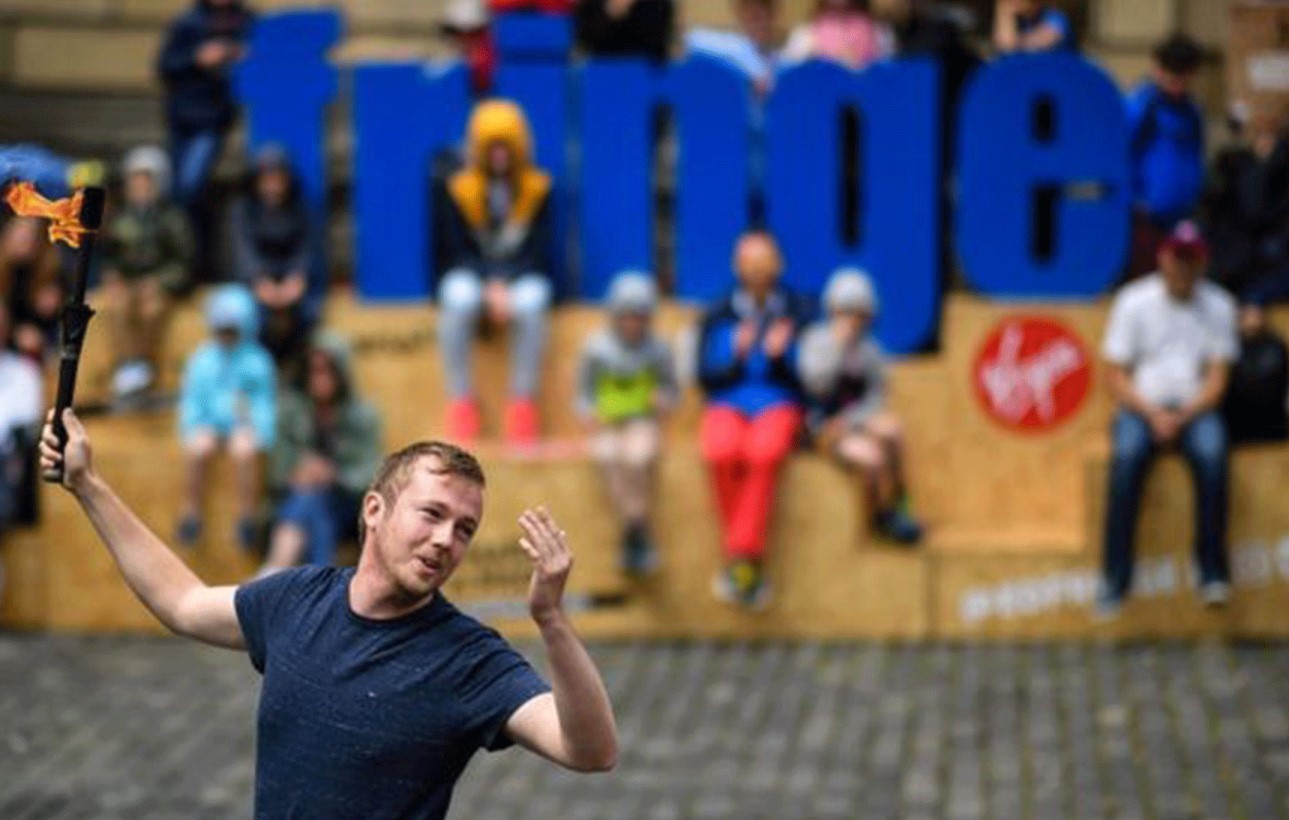 The Edinburgh Fringe and four other major cultural festivals in the city have been cancelled this year due to concerns around the Covid-19 pandemic.

Edinburgh International Festival and the Fringe, the world’s biggest arts festival, will not take place for the first time in more than 70 years.

The five events attract audiences of about 4.4 million people each August.

More than 25,000 artists, writers and performers from 70 countries take part in 5,000 events in the Scottish capital each year.

First Minister Nicola Sturgeon said the cancellation was “heartbreaking, but the right decision”.

“But in taking this difficult decision now, everyone involved in the festivals, from staff to spectators, will be able to fully focus on their health and wellbeing which is critical during this time of great uncertainty,” she said.

“I am committed to looking into support for seasonal staff who will suffer some of the greatest impact.

“The Scottish government will work with the festivals and all partners to ensure they can build on their previous success and return to the stage in 2021.”

What are the five Edinburgh festivals?

Edinburgh International Festival was founded in 1947, in the aftermath of World War Two, in an attempt to reconcile and reunite people and nations through art. Its programme features theatre, dance and music.

The Fringe began that same year when eight theatre groups turned up uninvited to perform on the fringes of the festival. Since then it has grown to become the world’s biggest arts festival.

The Royal Edinburgh Military Tattoo dates back to 1950. It attracts 220,000 visitors each August, and television coverage is watched by millions around the world.

Edinburgh International Book Festival has grown since its launch in 1983 and now brings writers from across the world to exchange ideas on major issues.

Edinburgh Art Festival is the newest of the events, being founded in 2004 to bring together galleries, museums and artist-run spaces to present work by international and UK artists.

Like so many decisions in the current climate, it’s unprecedented.

Since they first began in 1947, a resilient celebration of culture in the aftermath of war, the Edinburgh festivals have flourished and grown.

They’ve seen off competition from other festivals, and events like the Olympics and the Commonwealth Games. They’ve adapted around health scares and terrorism – but this is different.

The sheer scale of the combined might of Edinburgh’s August festivals is what makes it special, but it’s also what made today’s joint decision inevitable.

Even if we are out of lockdown in August, it will take some time for Scotland to return to whatever is the new normal. It will happen gradually, with many creative organisations continuing to work online. Emergency services may still be overstretched, or still recovering.

As the director of the Edinburgh Military Tattoo, Brigadier David Allfrey, says it is “impractical and undesirable” to stage a tattoo in anything like its normal form in August.

They, like so many of the other organisations, have recorded performances (which are broadcast to millions more than the 9,500 who sit on the castle esplanade each night).

All five festivals will be exploring new ways to link performers with audiences so that they can maintain some kind of presence in Edinburgh in 2020, even if it’s a virtual one.

The last word goes to Fergus Linehan, director of the Edinburgh International Festival, who said: “This festival was born out of adversity – an urgent need to reconnect and rebuild. The current crisis presents all at the festival with a similar sense of urgency.”

For the thousands involved, as performers or audience members, stand up comics or orchestras, it will be a blow, but the Edinburgh festivals will return in 2021. That, at least, is not in doubt.

What has the other reaction been to the cancellation?

Shona McCarthy, chief executive of the Edinburgh Festival Fringe Society, said the “heartbreaking” decision had been “the only appropriate response”.

“Our thoughts today are with the doctors, nurses, health and social care professionals on the front line, as well as all those affected by this dreadful pandemic.

“Our sympathies too are with the thousands of artists and participants directly affected by today’s decision – we will do everything we can to support you over the coming months.”

Scottish Secretary Alister Jack said he was “hugely disappointed”, but added: “We are facing a unique challenge, and for the festivals this is the right thing to do.”

City of Edinburgh Council leader Adam McVey and his depute, Cammy Day, said the decision was the right one – but would leave “a massive gap”.

They added: “We’ll do everything we can to assist our world-renowned cultural sector to remain at the centre of the city’s identity going forward.”