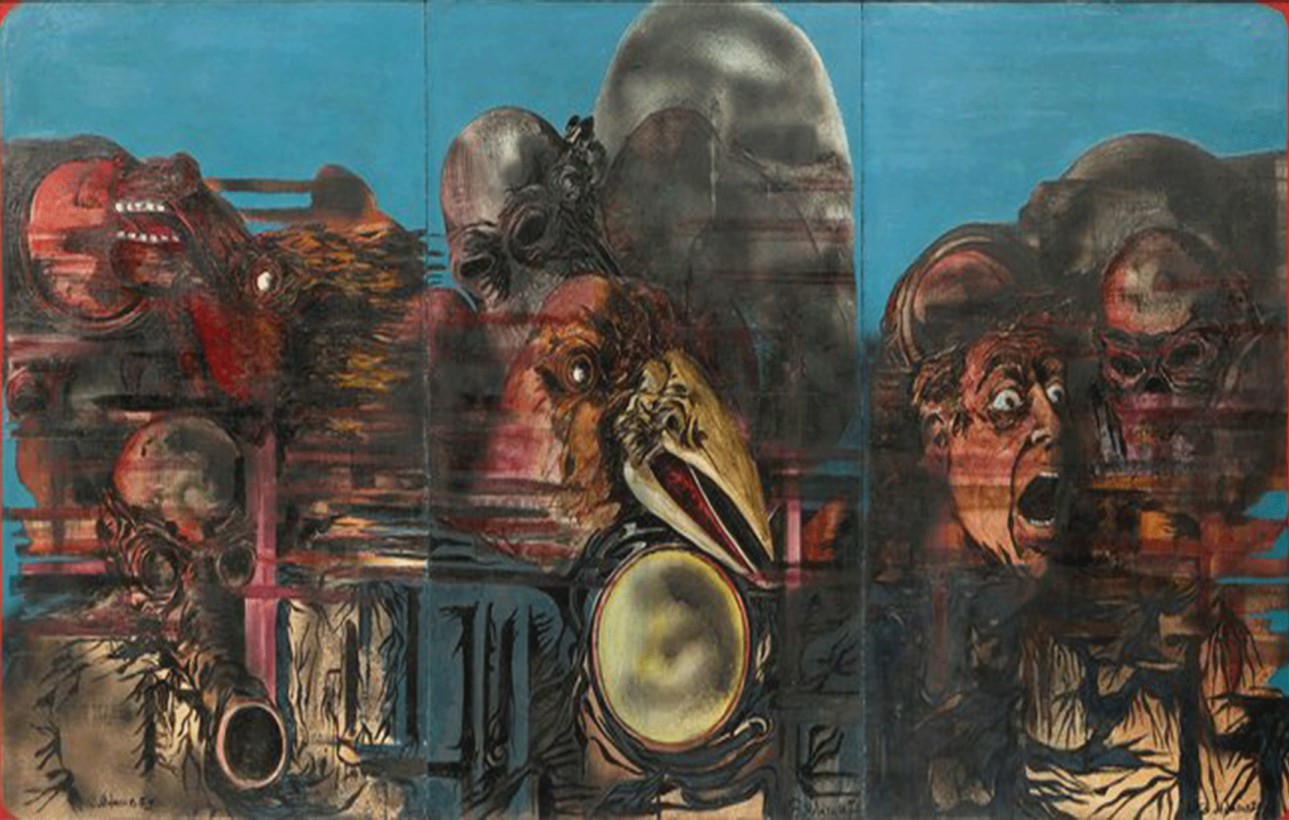 A month ago, no one would have imagined that their existence would soon be relegated to the place that they call home.

The world has had to learn a lot, and fast. When it comes to the art market, auction houses such as Sotheby’s and Christie’s have proved that the business sector can still operate, albeit remotely, if absolutely necessary.

That proof came from the first-ever online-only auction for modern and contemporary Middle Eastern art, which totaled $2,679,294, well above pre-sale predictions and with 60 percent of lots exceeding their top-price estimates.

After the British government’s March 23 order for citizens to stay at home over the COVID-19 outbreak, Sotheby’s sale of 20th century Middle Eastern art had to convert into an online auction. Bids opened on March 27 and closed on March 31.

“What our online sale has shown is that the market for Middle Eastern art is undeniably strong and resilient – a huge vote of confidence in the market,” said Sotheby’s co-head of sale, Mai Eldib.

The top lot, a dynamic painting by Morocco’s modern master Mohamed Melehi inspired by the cityscape of New York yet rendered with the oriental richness of the artist’ homeland, sold for $487,339, almost seven times its estimate and a record sale for the artist.

Other highlights included Moroccan artist Farid Belkahia, whose “Jerusalem,” a mixed media work dated to around the 1980s, more than doubled its estimate to bring in $244,280.

A work from 1990 by Algerian artist Mahyeddine Baya (1931-1998), who was known for inspiring Pablo Picasso during her youth in France, also sold for way over its forecasted sale price.

Of note was a grouping of works by Palestinian artists led by Abed Abdi whose 1967 painting, “Don Quichotte Riding Neither a Donkey nor a Horse,” sold for $17,000, again beating its pre-sale tag of $14,890. Other artists in the Palestine group included Laila Shawa, Jumana El-Husseini, Abdul Hay Mosallam Zarara, Sliman Mansour and Asim Abu Shakra.

“I believe that in such challenging times collectors are now investing in solid material and what is better than to invest in modern art?” said Palestinian collector George Al’ama, who gave six works by Palestinian artists, five of which sold.

“The success of these works gives a very optimistic message to Palestinian artists and the entire Middle Eastern art scene during such tumultuous times.”

“As to what will happen in the future, it is too soon to speak of trends, but already in the past few weeks we have witnessed new models of engagement and commerce come to the fore in a big way, and we should see a concrete shift in the popularity of online bidding,” added Eldib.

Will online bidding be the new way forward? “It is already the most popular way to bid at Sotheby’s, but we are seeing a wave in new online participants and perhaps this will be established as the norm,” she added.