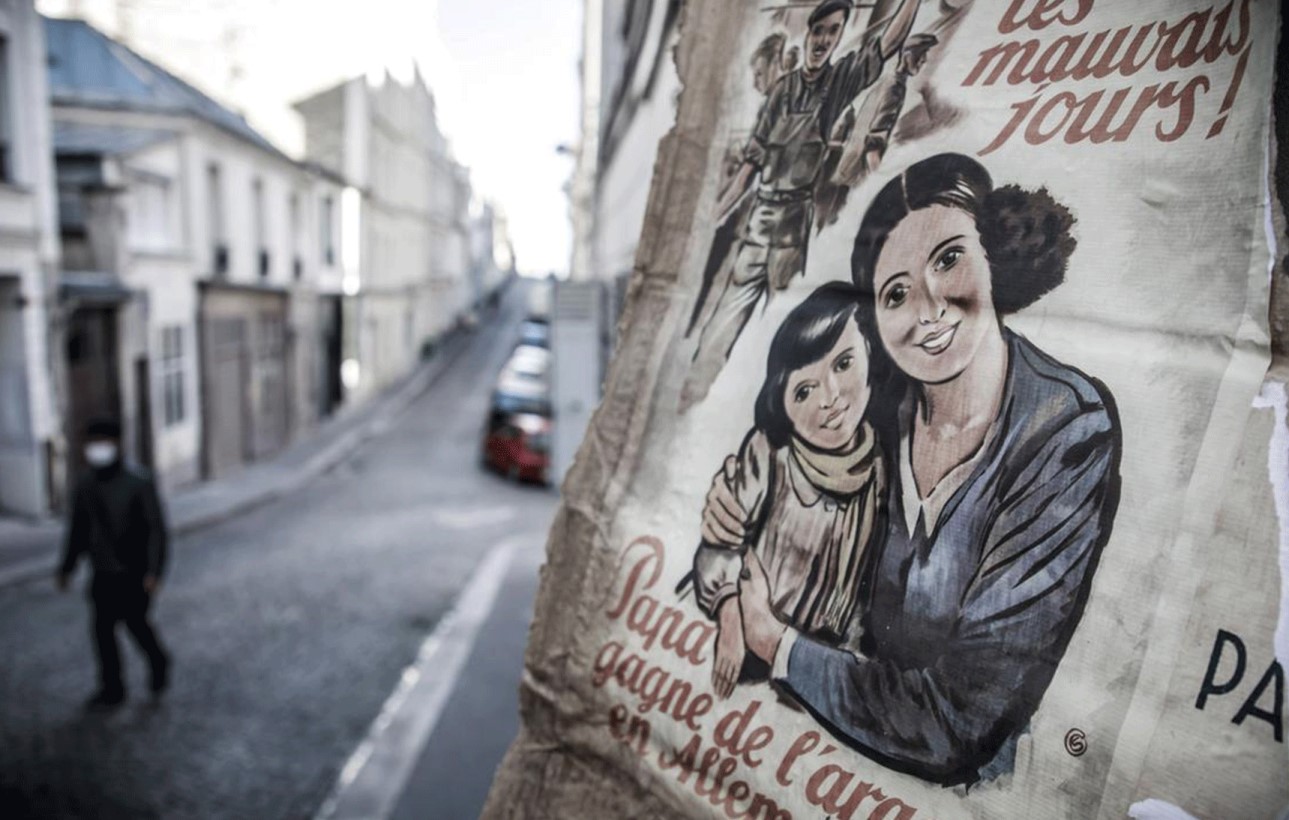 People in France had just a 16-hour notice prior to the lockdown, which left filmmakers no time to dismantle their set

A Parisian neighbourhood has been left stuck in a Second World War time-warp after the makers of a 1940s-era film had to abandon their set before France went into a coronavirus lockdown.

War propaganda and Socialist posters are plastered on walls along the cobbled Rue Androuet, in the Montmartre district, now lined by a mock jeweler’s store, tailor and off-license all in war-time decor. German road signs point towards medical facilities.

“Just in case quarantined Paris wasn’t disorienting enough: my neighbourhood was being used as a film set when the lockdown hit. Now the whole block has been frozen in 1941,” local resident Tim Mc Inerney wrote on Twitter.

Paris was a virtual ghost town during an unprecedented peacetime lockdown ordered by President Emmanuel Macron to slow the spread of the coronavirus.

Macron gave France’s 67 million people just 16 hours notice, leaving the makers of the Adieu Monsieur Haffmann film no time to dismantle their set and return the street to the 21st century.

Directed by French filmmaker Fred Cavaye, the movie is an adaptation of the play of the same name, which tells the story of Joseph Haffmann, a Jewish jeweler forced into hiding to escape the Nazis.

Two neighbouring streets, Rue Berthe and Rue des Trois Freres, had also been dressed by filmmakers to look like a scene from wartime Paris. A police patrol enforcing the lockdown stopped to take photographs.

Paris fell under German occupation in mid 1940. The French government relocated to Vichy and the capital was governed by Hitler’s military. During the occupation, a curfew was imposed, food was rationed, and coal for heating was in short supply.

Jews in Paris were forced to wear the yellow Star of David badge. Thousands were rounded up by French police on German orders and sent to German concentration camps.