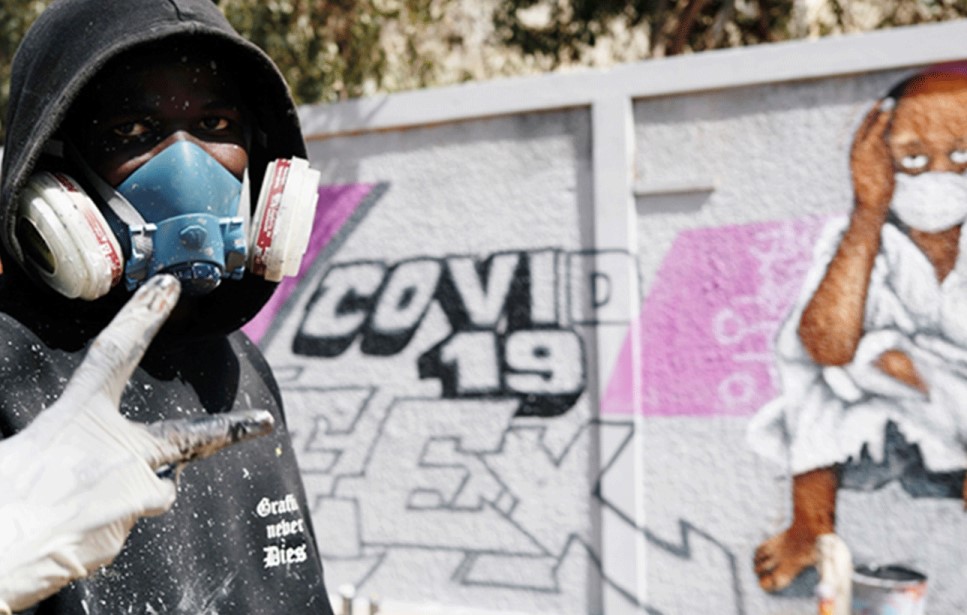 The mural stretched over 10 metres of wall in Senegal’s seaside capital Dakar shows a giant pair of hands reaching out for sanitiser, and a woman in hoop earrings and a facemask coloured blue, red, gold and green.

It is the work of RBS CREW, a collective of graffiti artists who have offered up their spray cans in the cause of public health.

Black and yellow block letters spell out the message “Together against COVID-19,” referring to the disease caused by the coronavirus. 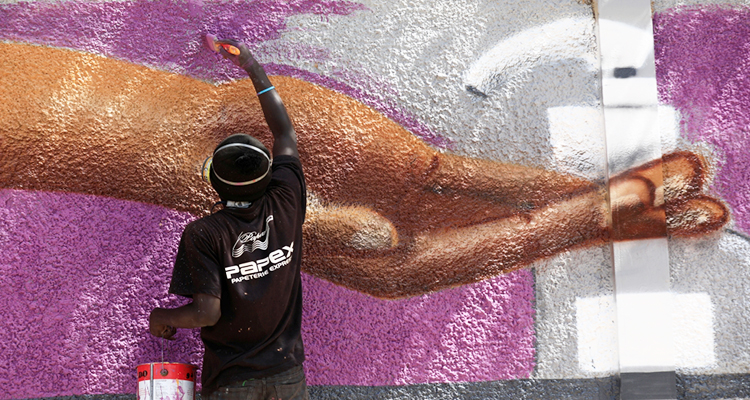 “A big thank you to the caregivers,” reads another message scrawled out like a graffiti tag, next to the government’s health hotline on the high school wall.

“As Senegalese we have a duty, a responsibility to raise awareness,” said Serigne Mansour Fall, the 33-year-old head of the collective who goes by the name “Mad Zoo”. 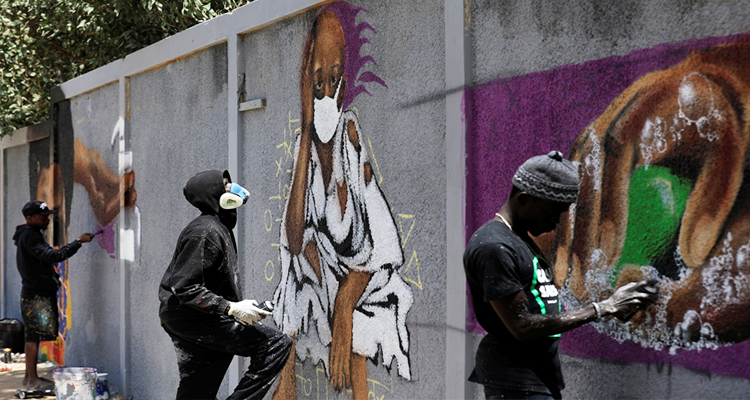 “Especially as the majority of the population is illiterate, as artists, we can communicate through visuals,” said Fall, whose past work has focused more on Dakar street life and Malcolm X.

Senegal had reported 119 cases and no deaths as of Friday. Figures reported across Africa are still relatively small compared with parts of Asia and Europe, but the World Health Organization has warned the continent’s window to act is narrowing. 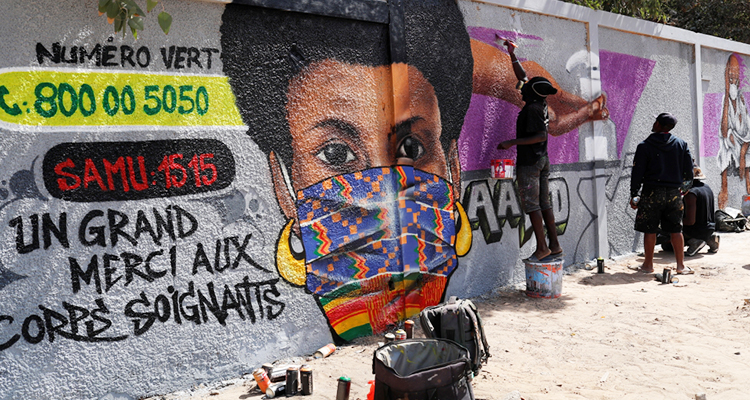 That, said Fall, makes it even more important to encourage prevention measures and head off false information, including one online rumour that only white people can catch the disease.