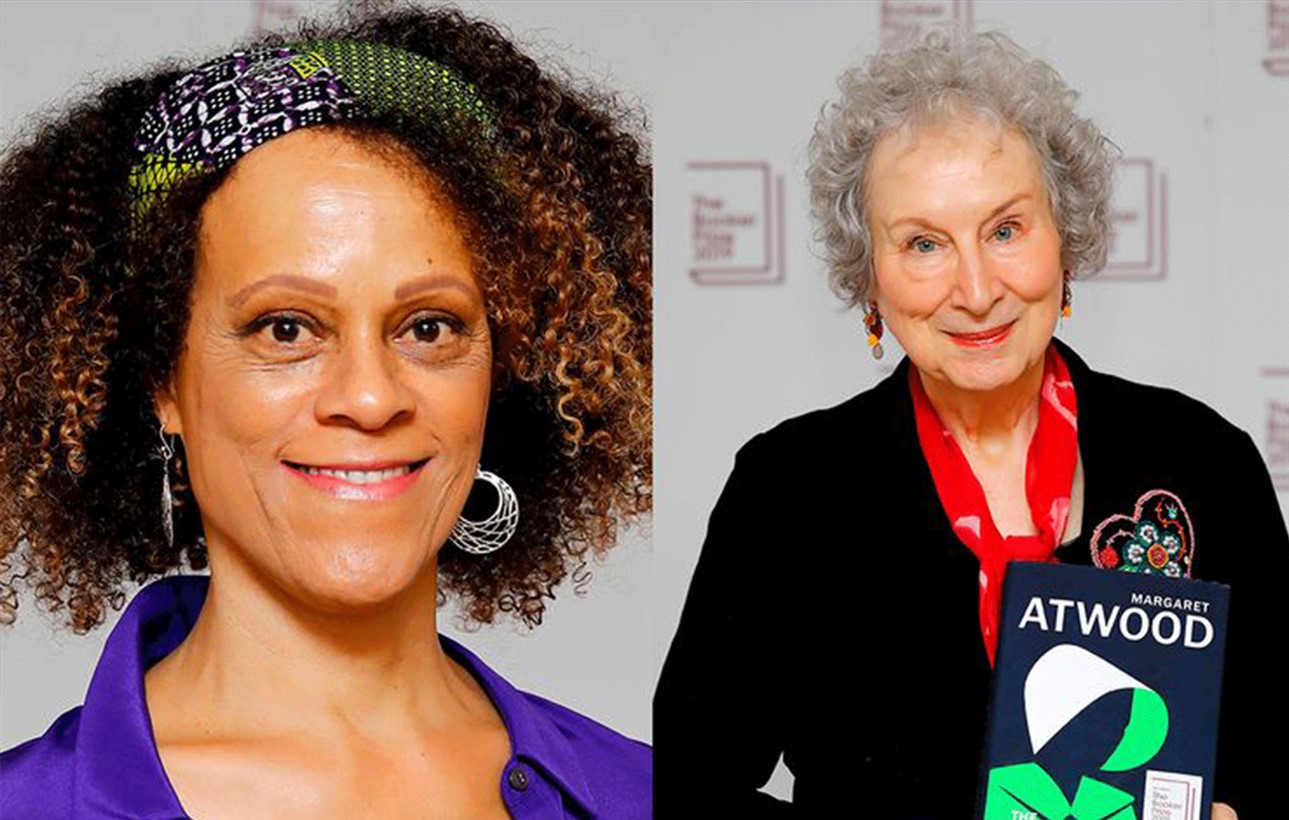 Briton wins for ‘Girl, Woman, Other’, while Canadian’s ‘The Testaments’ takes gong

Judges tore up the rule book on Monday, awarding the prestigious Booker Prize for Fiction jointly to Canadian author Margaret Atwood for “The Testaments” and Anglo-Nigerian author Bernardine Evaristo for “Girl, Woman, Other”.

Atwood becomes only the second female author to win the award twice, sharing the £50,000 (Dh231,447) prize at the 50th anniversary ceremony at London’s Guildhall.

The award has been shared twice before, in 1974 and 1997, when the rules were changed to supposedly prevent it from happening again.

The 79-year-old Atwood, who wore a badge of climate activist group Extinction Rebellion, held aloft the arm of her fellow winner as they walked to the podium together.

“I’m very surprised, I would have thought I would have been too elderly,” said Atwood, who was honoured for her best-selling sequel to her 1985 dystopian classic “The Handmaid’s Tale”.

“I don’t need the attention, so I’m very glad that you’re getting some,” she said to Evaristo, joking that as “a good Canadian, we don’t do famous, we think it is in bad taste, so it would have been embarrassing if I’d been alone here”.

Evaristo responded that it was “so incredible to share this with Margaret Atwood, who is such a legend.

“I am the first black woman to win this prize,” she added, to cheers from the audience.