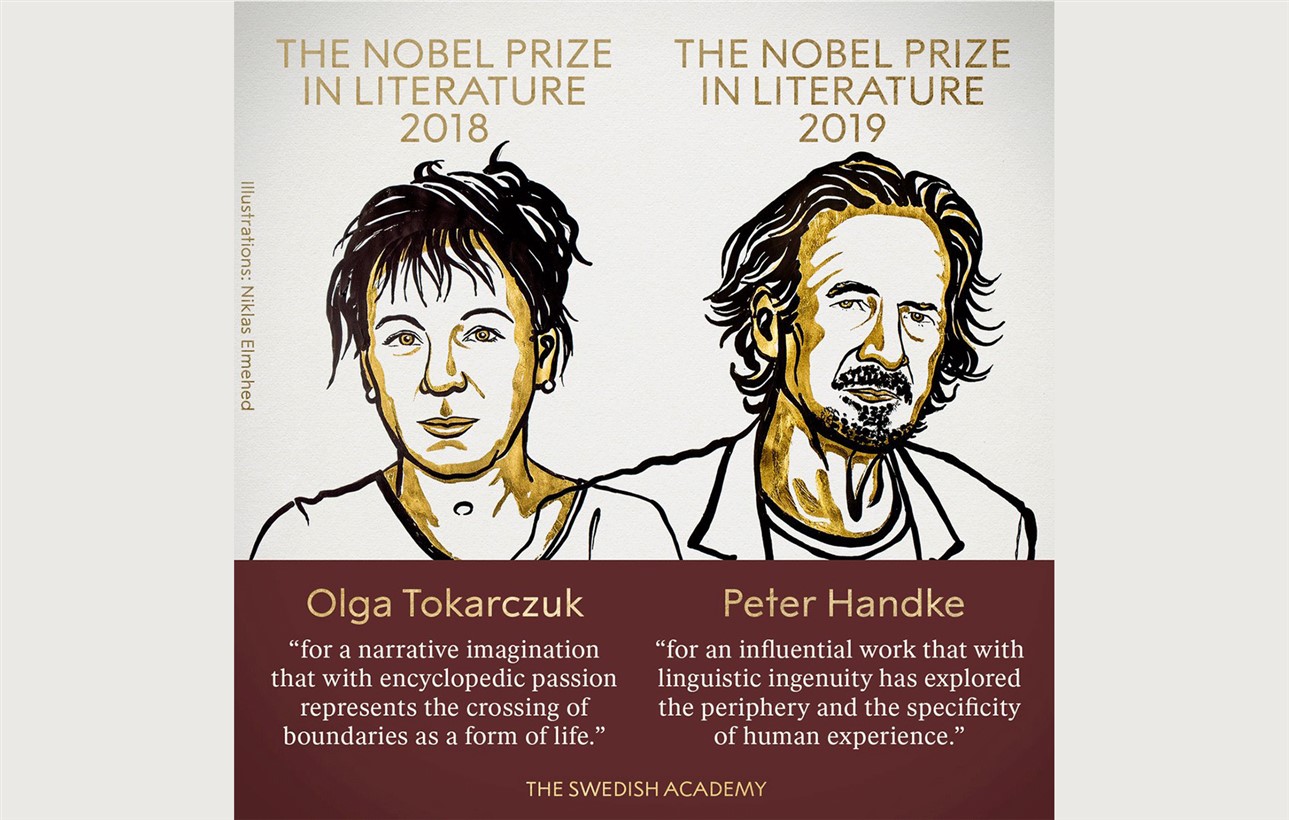 The Nobel Prizes for Literature have been announced, after a scandalous gap last year. Two awardees were announced on Thursday, for 2018 and 2019.

The awardees were chosen by the committee, after it was was ripped apart in late 2017 and 2018 by sex assaults involving Jean-Claude Arnault, the French husband of a former academy member and a once-notable figure on Sweden’s cultural scene.

Arnault was convicted last year of two rapes in 2011 but not before accusations of abuse had led to a mass exodus of academy committee members, the ouster of then-Permanent Secretary Sara Danius, and the absence of a Nobel Literature prize for the first time since 1943 at the height of the Second World War.

With a threat hanging from the Nobel Foundation — the body behind the Nobel Prizes — that the Swedish Academy could be stripped of its right to award the prize, the academy brought in five external members to help adjudicate the two literature awards this year. At the same time, it ousted everyone involved in the scandal and it “no longer includes any members who are subject to conflicts of interest or criminal investigations,” according to the foundation.

Across the border, the five-person Norwegian Nobel Institute that oversees the Peace Prize usually claims not to enjoy the controversy that accompanies its choices. But Geir Lundestad, the non-voting secretary of the committee from 1990 to 2014, says some members have traditionally thrived on the controversies that the high-profile prize inevitably brings.