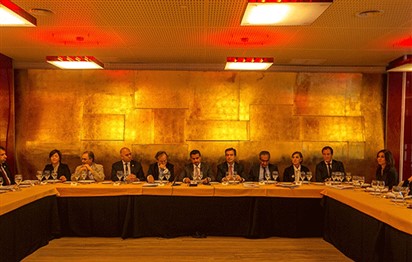 Sharjah has been announced as this year’s guest of honour at the Liber International Book Fair in the Spanish capital of Madrid.

Running from Wednesday, October 9 to Friday, October 11, the fair is a major event in the publishing calendar, as it brings together some of the leading publishers and authors from the Spanish language market.

The Sharjah Book Authority (SBA), the body that organises the 10-day Sharjah International Book Fair, which begins on Wednesday, October 30, will be behind all activities related to the emirate’s status as the guest of honour.

This includes bringing a delegation of Emirati authors, hosting its own stands and conducting meetings and industry networking sessions promoting the UAE’s thriving publishing industry.

In his address at a press conference in Madrid, the SBA chairman Ahmed Al Ameri said the Sharjah pavilion will showcase the UAE’s heritage, in addition to Sharjah’s efforts in developing a culture of reading in both the UAE and the region.

“Through its presence, Sharjah will be recreating UAE’s flourishing creative cultural landscape for our Spanish and European audience,” he said. “We are delighted to bring you a collection of 70 books by Emirati writers and poets, in Spanish, and hope reading these will offer you a glimpse of our literary culture”.

The SBA’s participation at the Liber International Book Fair continues what has been a big year for the emirate in the publishing world.