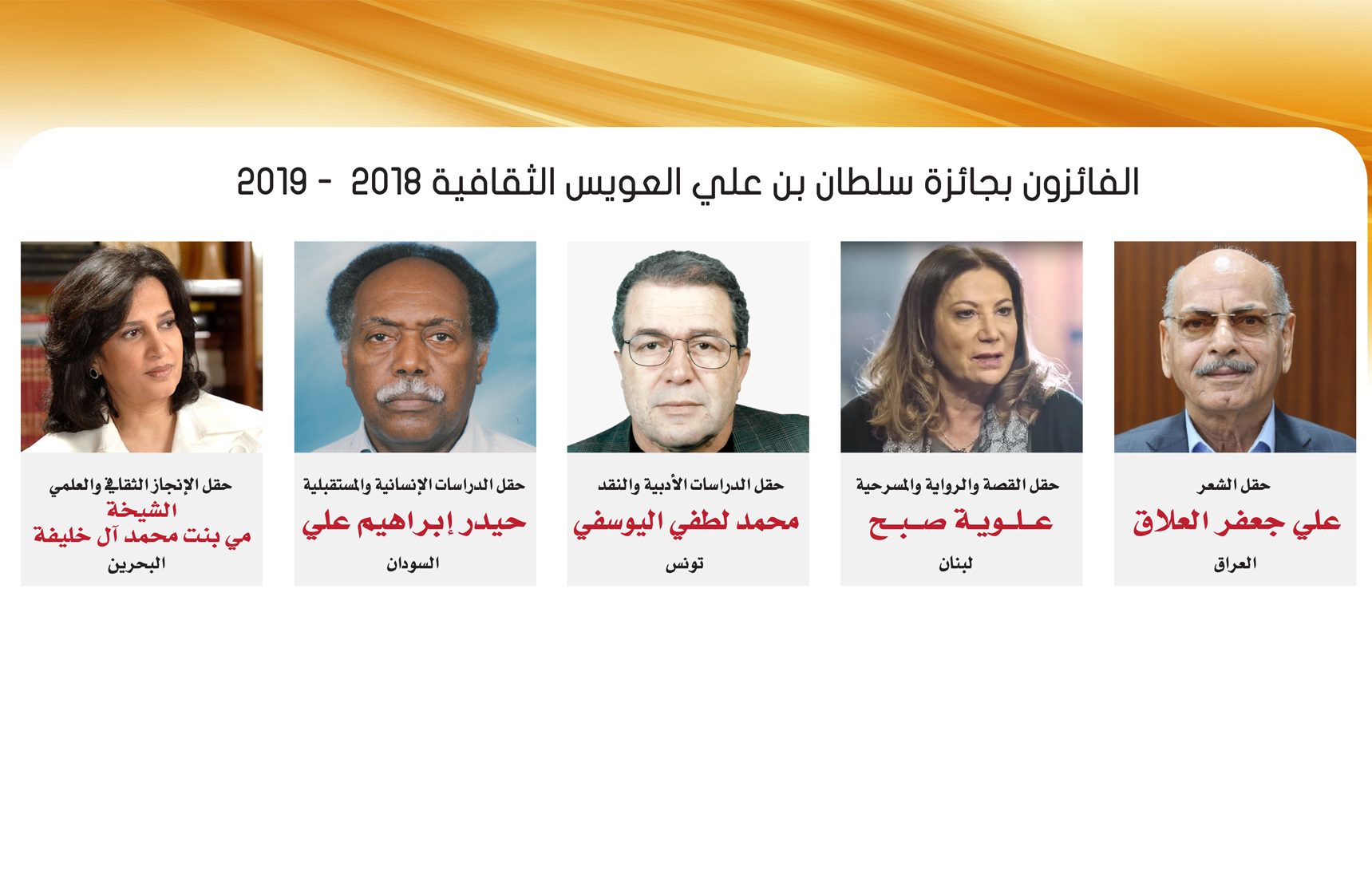 Commenting on the announcement, the Foundation’s Secretary General, HE Abdul Hamid Ahmed said that the Award’s jury panels have selected the abovementioned winners from among 1745 candidates, which is the total number of nominations received for the 16th session of Al Owais Cultural Awards (2018-2019) in all its categories.

Moreover, HE Abdul Hamid Ahmed added that the Sultan Bin Ali Al Owais Cultural Awards is proud to that the aforementioned constellation of innovators to its list of award winners. He also stressed that their innovations represent authentic values reflectingthe concerns and aspirations of Arab individuals and that over the years they have contributed to shaping the consciousness of the Arab people and providing inspiration for new generations in terms of work, knowledge and success.

Furthermore, the Foundation’s Secretary General said that the “Poetry” award was granted to poet Ali Jaafar Al Allaq in recognition of his poetic achievements and his ongoing contributions to contemporary Arabic poetry, whether in terms of his fascinating metaphors, imagery and his broad imagination that connects our heritage to our cultural reality, or through his efforts in establishing poetic dialogue between different identities and cultures, which has contributed to the development of Arab poetry, making it stand on a firm ground of universal values such as justice, dignity and brotherhood.

Meanwhile, in the “Short Story, Novel and Drama” category, the award was granted to novelist Alawiya Sobh in recognition of her unique style of employing the intricate details of daily life to build a rich and coherent narrative world, and her outstanding ability to intensify language to express the concerns of women, through meticulous selectiveness and recreating an independent and updated narrative. In addition, her characters reflect the general social status quo, and their destinies and stories intertwine although each character has its own voice.

On the other hand, the jury panel has granted the “Literary Studies and Criticism” award to critic Mohammed Lutfi Al Yusufi, who presents a new approach in his critical works, which discuss Western critical approaches and use them to come up with a new literary vision. He also studied Arab philosophers’ perceptions of poetry and in his studies he brings together theory and practical practice on one hand and a deep understanding of classical critical approaches on the other, which has culminated in a genuine understanding of contemporary literary criticism that is in line with the modernist school of critical analysis.

In the “Humanities and Future Studies” category, the award was granted to thinker Haidar Ibrahim Ali, who in his many books presented an objective view of the political Islam phenomenon and gave a comprehensive analysis of it, while criticizing backwardness in social relationships. Through his books, he aimed at getting out of ethnic and sectarian bottlenecks that stifle the region. Moreover, his studies have played a pivotal role in understanding, criticizing and exposing political Islam movements in the Arab region.

HE Abdul Hamid Ahmed also added that the Board of Trustees of the Sultan Bin Ali Al Owais Cultural award has granted the Cultural and Scientific Achievement Award to cultural researcher and activist Shaikha Mai Bint Mohammed Al-Khalifa for being one of the icons of the scientific and cultural renaissance in the Kingdom of Bahrain and for her ongoing efforts to promote culture in public life and in the community. Moreover, she has been granted the award in recognition of dedication to rereading history and presenting it in an admirable format through a collection of authentic and objective books and publications that adhere to the principles of scientific integrity, as well as her outstanding cultural work culminating in a great number of museums and cultural centers and houses that helped establish the presence of culture in the community.

It is worth mentioning that the total number of candidates nominated in all categories of the Award is 1745, while the number of nominations in each of the categories was as follows: Poetry 304, Short Story, Novel and Drama 436, Literary Studies and Criticism 276, Humanities and Future Studies 480, Cultural and Scientific Achievement 249.