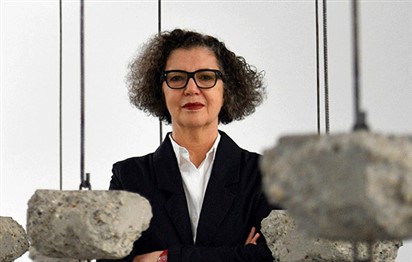 A British Palestinian artist has been named as one of five recipients of a major Japanese award for her work over 45 years in exile from her homeland.

Mona Hatoum is to receive the Praemium Imperiale prize – worth £100,000 – for the sculpture category, in recognition of her lifetime achievement in the medium.

The award will be presented by Prince Hitachi, honorary patron of the Japan Art Association, at a ceremony in Japan in October.

Born in Beirut to Palestinian parents in 1952, Ms Hatoum has been based in the UK since the outbreak of the Lebanese Civil War in 1975.

After moving to London, she fulfilled a lifelong dream to study art, first at Byam Shaw School of Art and then at the Slade School of Fine Art.

As an artist she uses a range of materials to create her works, which range from large-scale installations and sculpture, to video and photography.

Ms Hatoum follows a number of high-profile British artists who have won the prize, including David Hockney and Anish Kapoor, the actor Judi Dench, and renowned architects David Chipperfield and Norman Foster.

She is the first British artist to win the prize since Antony Gormley in 2013.

The coveted architecture prize went to Tod Williams and Billie Tsien, both from the US.