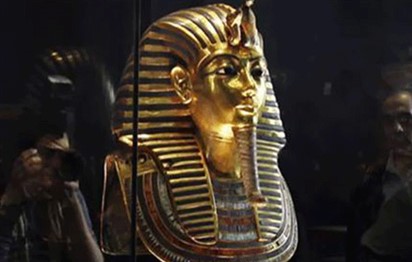 Egyptian archaeologist Zahi Hawass has finalised the script for the opera Tutankhamun, which is set to debut during the inauguration of the new Grand Egyptian Museum in late 2020.

In a press conference in Venice this Friday, Hawass revealed that following the opera, a viewing will be held on 22 November 2022 in Egypt’s Valley of the Kings to celebrate the passage of 100 years since the discovery of the boy-king’s ancient tomb.

Hawass said that the date has been determined given that 1.5 million tourists visited the tomb between 23 March to 15 September this year, making this the most suitable date for the event.

Hawass also explained during a phone in with MBC Masr’s Hekaya with Amr Adib that the new opera was created as a way to move beyond the famous Opera Aida, which first premiered 148 years ago.

Hawass pointed out that one of the most notable scenes revolves around Nefertiti’s attempt to assassinate Tutankhamun and seize the throne for one of her six daughters.

He added that this December will mark the completion of the opera’s score, which is composed by Zamboni.

Tutankhamun’s tomb, discovered by Howard Carter in 1922, first gained worldwide recognition for its spectacular and invaluable treasures found by Carter’s team after breaking the tomb’s seal, which had been untouched for 3,245 years.