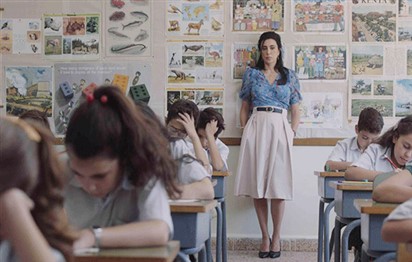 Oualid Mouaness’s film 1982, which had its world premiere at the Toronto International Film Festival this month, has won the Netpac Award. In a statement posted on the festival’s website, the jury said that the film was selected for “for its adventurous, imaginative style and subtle, confident filmmaking, bravely juxtaposing and framing the universal innocence and charm of youth within harrowing historical context.”

The jury, selected from the Network for the Promotion of Asian Pacific Cinema, included Chairperson Beckie Stocchetti, Kanako Hayashi, and Albert Shin.

The film, which stars Lebanese actress and Oscar-nominated director Nadine Labaki (Capernaum), tells the story of a boy who is anxious about winning over a school crush. The drama, which is set in a private school outside Beirut and takes place over a single June day in 1982, is based on Mouaness’s childhood remembrances of his experience when Israel’s invasion of Lebanon began in the summer of that year. This is his first feature film.

The Cave by Oscar-nominated director Feras Fayyad (Last Men in Aleppo) won the Grolsch People’s Choice Documentary Award. The documentary filmmaker returns to his native Syria with this film to follow a team of female doctors who treat casualties in an underground hospital while fighting systematic sexism. The Cave, which also had its world premiered at Tiff, was filmed between 2016 and 2018. It has already been picked up by NatGeo in the US for a theatrical and TV release, and is already being hotly tipped for an Oscar nod.