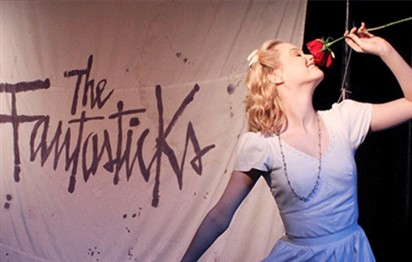 With the United States as a guest of honour, many plays from countries across the globe will be competing at various theaters in the Egyptian capital

The Cairo International Festival for Contemporary and Experimental Theatre (CIFCET) is kicking off its 26th edition Tuesday with a rich schedule.

With the United States as the guest of honour, the important theatre festival, which will close on 19 September, will open with the American play ‘The Fantasticks’ after a ceremony at the Main Hall of the Cairo Opera House.

40 countries are presenting around 22 productions during the festival, which is taking place at various theatres in the Egyptian capital, and the main competition will witness many shows that are worth watching from the US, Brazil, Switzerland, Kosovo, Portugal, Hungary, Morocco, Kuwait, Tunisia, Iraq, Syria, South Africa, Nigeria and Congo.

For this edition of the CIFCET, five master-classes and six workshops have been organised in various areas of theatre; including acting, directing and musicals by experts from various countries like the US, Greece, Uganda and Egypt.

The festival will give honouring medals to a number of Egyptian theatre icons, including actors Sayed Ragab and Samira Abdel-Aziz, critic Abdel-Razik Hussein, director Ahmed Kamal, in addition to the names of late directors Hanaa Abdel-Fattah and Mohamed Abou El-Soud, and critic Hazem Shehata

Egyptian actor and director Khaled El-Sawy has been announced as an honouree, but his honouring has been postponed to the next edition due to his engagements in cinema festivals in September.

The CIFCET activities are being held at the Cairo Opera House’s Main Hall and Hanager Arts Centre, as well as at El-Gomhouria, El-Salam, Miami, the Floating Balloon, El-Ghad and Falafi theatres.

Under the helm of director Sameh Mahran, the 26th CIFCET will bring back printed books and newsletters, which had been suspended for years.

During a press conference held on 5 September, the organisers of the 26th CIFCET held a moment of silence to mark the tragic Beni Sweif theatre fire of 2005, which claimed the lives of 50 people and injured dozens.

Egypt is competing with two plays; ‘Bahiyya’ by director Karima Bedir at El-Gomhouria on Wednesday and Thursday, and ‘Dystopia’ by director Mohamed El-Khashaab at Hanager on Friday and Saturday.