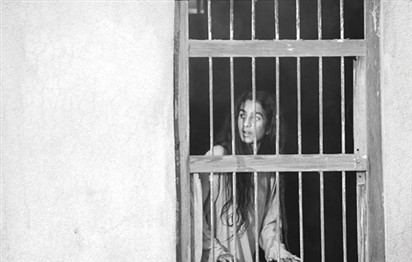 A film produced by Image Nation Abu Dhabi has received the prestigious Verona Film Club Award at the 76th Venice International Film Festival. ‘Scales’, the debut film of Saudi Arabian writer and director Shahad Ameen, had its world premiere at the festival as part of the Critics’ Week competition.

Set in a remote fishing village, it follows a young girl named Hayat who defies the local tradition of sacrificing women to creatures in the sea and decides to create her own path.

The Verona Film Club Award is presented to the most innovative film in the Critics’ Week line-up. The committee, made up of jurors under 30, commented that Scales was selected for the award “for having outlined the forms of a social complexity through a sample of ancestral sounds, black and white conflicts and spatial contrapositions”.

“Winning this award is a very special moment for me and everyone who worked on this film. It reflects the power of this story and the exceptional work of the cast and crew who brought my vision to life, as well as Image Nation’s invaluable support throughout the creative and production process,” said Ameen. “This is not just a win for me — with two female Saudi directors in Venice this year, I feel that it’s also a significant step forward for the regional film industry.”

“We are very proud that Shahad’s fascinating film is seeing the celebration that it deserves at Venice,” said Ben Ross, Chief Content Officer, Image Nation. “This success is more evidence that the region’s film industry is moving from strength to strength, and Image Nation is proud to play its part in this development by supporting emerging and established regional talents to create and experiment across different genres.”

The film was produced by Paul Miller and Stephen Stra