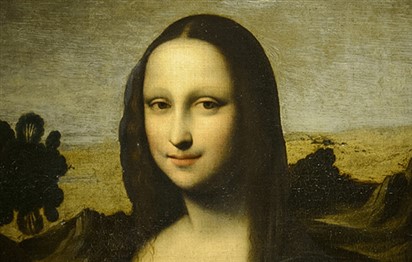 With her straight dark hair and beguiling smile, the so-called “Isleworth Mona Lisa” bears an uncanny resemblance to her namesake in the Louvre.
To some experts, these similarities suggest the painting is a mere copy, though a handful of art historians believe it to be an earlier, unfinished version by Leonardo da Vinci himself.
This debate has raged for decades. But now the portrait stands at the center of a new dispute: an impending legal battle over its ownership. And if 2017’s record-breaking sale of another disputed Leonardo — the “Salvator Mundi,” whose authentication is still hotly debated — is anything to go by, there could be millions of dollars at stake.
Known to some as the “Earlier Mona Lisa,” the painting has spent much of the past five decades hidden in a Swiss bank vault. Acquired by a secretive consortium in 2008, the painting has since been shown in a number of galleries, most notably in Singapore in 2014 and Shanghai two years later.
Then, in June, it went on display at Florence’s Palazzo Bastogi — the first time it has been seen in public in Europe this century. As the show came to its conclusion, an anonymous claimant made a dramatic legal grab for a quarter ownership of the artwork.
The claimant’s lawyer, Giovanni Battista Protti (who, during a telephone interview, would only describe his client as a “distinguished European family”), says he has historical evidence showing that the painting’s former owner agreed to sell a 25% stake in the artwork that was subsequently inherited by his client. Worried that the painting will disappear back into storage in Switzerland, Protti has asked a Florence court to sequester it — essentially impounding the artwork in Italy — while its ownership is investigated. The request will be heard by the court on Monday.
The owners — or majority owners, in Protti’s view — remain anonymous, and thus could not be contacted for response. But a Zurich-based organization called the Mona Lisa Foundation, created to research the painting’s history (while insisting that it is “distinct and separate” from the owners), said in an email that the family’s case is “without merit.” The Mona Lisa Foundation has confirmed to CNN that it will be participating in the court hearing.

A century of questions

The unidentified family’s claim is rooted in the painting’s colorful recent history. While there are large gaps in its early provenance, art historians trace the work’s story back to the early 20th century, when it was discovered by artist and collector Hugh Blaker in an English country house.

Blaker moved the painting to his studio in Isleworth, a west London suburb after which it is now unofficially named. Convinced that it was an earlier portrait of a younger Lisa del Giocondo, the subject of the Louvre’s “Mona Lisa,” Blaker’s stepfather John Eyre published research declaring it to be the work of Leonardo, who was known to produce multiple versions of the same painting.
After Blaker’s death, the artwork was sold to collector Henry F. Pulitzer. Like Blaker and Eyre, he was certain it was an authentic Leonardo. The collector even went on to publish the 1966 book “Where is the Mona Lisa?” in which he argued that his painting was, in fact, Leonardo’s only portrait of Giocondo.
Pulitzer moved the work into storage in Switzerland in 1975, and, upon his death four years later, it was left to his partner Elizabeth Meyer. When Meyer herself died in 2008, the “Isleworth Mona Lisa” was acquired by the international consortium that currently owns it — and the Mona Lisa Foundation was established that same year to research its origins.
But Protti claims that Meyers only ever owned three-quarters of the painting.
He says that in 1964, The Pulitzer Gallery sold 25% of the painting to a Portugal-based porcelain manufacturer named Leland Gilbert. A purported 1964 purchase order — a copy of which was seen by CNN — appears to show Pulitzer agreeing to sell the stake for £4,000 (around £80,000, or $98,000, in today’s money). Protti says his clients are the heirs to Gilbert’s estate and are thus entitled to his share of the painting.
A lawyer for the Mona Lisa Foundation, Marco Parducci — who stressed that he does not speak on behalf the owners — told CNN in an email that Protti’s claim “is clearly without merit.” Although he did not specifically comment on the purchase order, he said that the evidence submitted to the court “show(s) precisely that Pulitzer’s heir was the full and rightful owner of the painting to the exclusion of all third parties.”

As the “Salvator Mundi” demonstrated, attempts to authenticate artworks as original Leonardos can be difficult and divisive. And given how long the “Isleworth Mona Lisa” has spent in storage, few experts have had an opportunity to examine the artwork and determine whether it’s the work of the painter, his studio, a follower or a forger.
The Mona Lisa Foundation cites a range of research, some of which dates back to the time of Blaker and Eyre. Its arguments often center on the differences between the Isleworth and Louvre paintings. The former’s unique composition, background and subject’s sitting angle — as well as the fact that it was painted on canvas, not wood — suggest, to some, that whoever painted it was not attempting to produce a copy.
A 2015 paper in the peer-reviewed journal Conservation Science in Cultural Heritage concluded that the paintings are “two original works… both painted by Leonardo in two different periods.”
“The subject is the same, but the paintings vary considerably, making them two works in their own right and not a copy of each other,” the paper said.
But leading scholars have continued to dismiss it as a copy. One of the most vocal critics is Martin Kemp, a Leonardo expert and professor emeritus at Oxford University who questions the quality of the scholarship surrounding the painting.
“The picture has never entered the Leonardo mainstream,” he said in a phone interview. “All of the people who have written substantially and seriously about Leonardo have either ignored it or have dismissed it.”
Kemp described the painting as one of a number of “non-Leonardos” existing in “limbo” on the fringe of art history scholarship. He also cited a spectral analysis that revealed structures underneath the painting that are, in Kemp’s view, “very unlike Leonardo.”
“You see a lot of ‘Mona Lisa’ variants … and this one I would classify in the middle of the range. It’s not nasty, but it’s equally not overstatingly convincing.”
edition.cnn.com