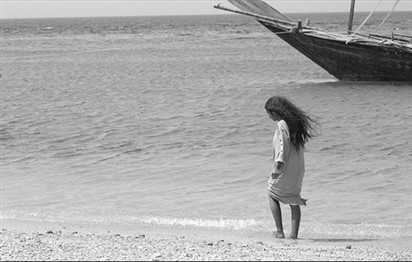 The fantasy film “Scales” made its debut at the Venice Film Festival on Monday.

“Sayidat Al-Bahr,” or “Scales” in English, was created by Image Nation Abu Dhabi and directed by Saudi filmmaker Shahad Ameen.

The fantasy film, made in the UAE, tells the story of Hayat, a young girl living in a village with a tradition of sacrificing female children to mysterious sea-dwelling creatures in the. When her time comes, she decides to break with tradition and forge her own path.

Ameen — known for her short film “Eye & Mermaid,” which premiered at the Dubai Film Festival in 2013 — said that the film is an artistic comment on patriarchal societies.

“’Scales’ tells a visceral story about growing up as a woman in a patriarchal society, offering an allegorical take on a universal theme that will resonate with audiences around the world,” Ameen said in a released statement.