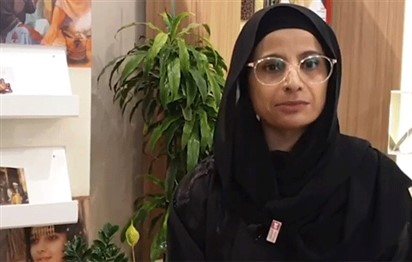 Al Shamsi, Director of the Arab Heritage Center, affiliated to the Sharjah Heritage Institute, has announced the organisation of several proactive workshops for the 19th edition of the Sharjah International Narrators Forum (SINF), starting Monday, and will last for four days.

Highlighting the remarkable participation of a distinguished group of writers, Aisha Al Shamsi said in his exclusive statement to “Sharjah 24” that the authors started a workshop to write a new play script of “1001 Nights” to be presented in the Forum next year.

She concluded that workshop was inspired from the theatrical show “ 1001 Nights: The Last Chapter” which was inspired by His Highness Sheikh Dr Sultan bin Mohamed Al Qasimi, Supreme Council Member and Ruler of Sharjah and took place in Al Majaz Amphitheatre stage, stressing that it is an invitation to write from Sharjah to the world.