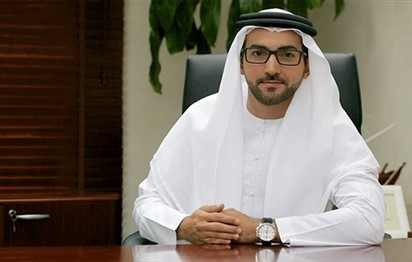 Sharjah is all set for its cultural participation at the 32nd Moscow International Book Fair (MIBF 2019), where the emirate is going to present Russian and other international visitors gems of Emirati and Arab cultures under a ‘Guest City’ status offered by the book fair.

A packed itinerary of events and activities have been planned by Sharjah, which will be the UAE’s and Arab world’s ambassador to the Russian capital from September 4–8. The emirate will showcase 59 first-edition Russian language translations of books written by Emirati and Arab authors, enhance visitors’ understanding of Sharjah’s achievements in promoting books, publishing and culture via 15 panel discussions led by more than 35 Emirati and Russian authors and intellectuals, and more than 10 local publishers and cultural entities.

Vibrant folk performances featuring traditional Emirati song and dance, local arts and crafts, and more will also be enjoyed by the fair visitors.

This is the first time an Arab city has been awarded a special cultural status by MIBF. The promotion of Emirati culture and the UAE’s intellectual products internationally are part of Sharjah’s strategic goals as the UNESCO World Book Capital 2019.

Sheikh Fahim Al Qasimi, Chairman of Sharjah Department of Government Relations (DGR), will be leading the Sharjah delegation to Moscow. He noted that the invitation from Moscow to be a Guest City at their book fair is yet another accomplishment for Sharjah. “This once again reflects the global perception of the emirate as a regional leader in the fields of literature and culture, and depicts the eagerness of cities worldwide to learn about Emirati and Arab cultures from Sharjah”, he said.

“Fostering close relations with cities is a must, and strong cultural exchange facilitates the promotion of bilateral relations in other sectors. Therefore, Sharjah’s four-decade cultural project is a significant development component – an enhancer in our relations with Moscow and other cities around the world. We look forward to bringing Sharjah’s cultural project to Russia and learn from their cultural expertise too. The fair will be a great platform to explore Moscow’s more recent achievements, their history and sustainable practices, and reinforce the partnership between Sharjah and Moscow,” he added.

For his part, Ahmed bin Rakkad Al Ameri, Chairman of SBA, noted that Sharjah’s ‘Guest City’ nomination at one of the world’s leading cultural events reaffirms the emirate’s status as a cultural hub, both at regional and international levels.

“The Emirate of Sharjah was able to establish itself as a cultural destination four decades ago, through an inclusive cultural project that was launched by His Highness Sheikh Dr. Sultan bin Mohamed Al Qasimi, Supreme Council Member and Ruler of Sharjah. The emirate has been nurturing authors, intellectuals and artists throughout its long history. These efforts are augmented by our regular large-scale participation in international events, and now we are the first city from the region to be selected as ‘Guest City’ at Russia’s largest book fair. We are delighted to be reaping the fruits of Sharjah’s efforts, which have gone into shaping our distinct cultural identity and prestigious stature,” he said.