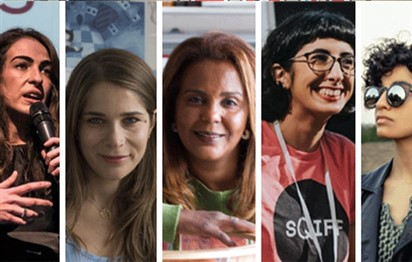 With women dominating, the Arab British Centre Award for Culture has shortlisted nine candidates, five individuals and four organisations, for its 2019 valuable award, noting the high standards of applicants at the prestigious competition.

“Thanks so much to everyone who submitted this year – the standard was extremely high, and the breadth of submissions represent the diversity, strength, and resilience of the Arab cultural sector here in the UK,” reads a statement published on the organisation’s official website in late July.

Among the shortlisted organisations are ‘The Barakat Trust’, an Islamic arts and culture preservation organisation, ‘Comma Press’, a non-profit independent short-story publisher, event producer ‘MARSM’, and ‘SARHA’, which is a collective of filmmakers and other artists.

The winner will be named at the Award Ceremony reception on 26 September 2019.

The award is a biennial prize established in 2008 to celebrate significant contributions of Arab arts and culture and “further dialogue and understanding” of the Arab world in the United Kingdom through financial support to individuals and organisations.

The award, which includes a bespoke trophy as well as a cash prize of £2,500 and a British Council travel grant of £1,500, was previously granted to Saqi Books, Zaytoun, Liverpool Arab Arts Festival, Al-Jazeera English, playwrights Hassan Abdul Razak and Hannah Khalil, and Arts Canteen.