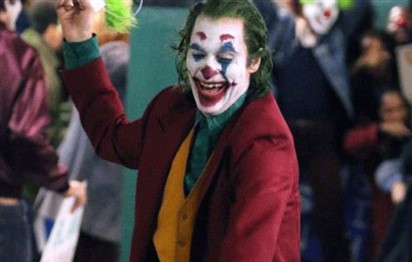 It may be the oldest film festival in the world but at 76, the Venice International Film Festival is more relevant and divisive than ever.

Kicking off Wednesday in the normally sleepy beach town of Lido, this year’s festival has already become a hotbed for discussion about the Oscar hopefuls launching there, its embrace of controversial filmmakers like Roman Polanski and Nate Parker in the #MeToo era and its lack of female directors.

For ‘Joker’ director and co-writer Todd Phillips, the festival debut will be helpful in “educating the audience” before it opens in theatres on October 4.

“We don’t want to mislead people,” Phillips said. “Comic book movies have been these giant, great spectacles and this is truly a character study.”

But only two of the 21 films in competition are from female directors: Shannon Murphy in her directing debut with ‘Babyteeth’, starring Ben Mendelsohn, and ‘The Perfect Candidate’ from Saudi Arabian director Haifaa Al-Mansour about a young Saudi female doctor who decides to run for office. It’s an increase from last year, which only had Jennifer Kent’s ‘The Nightingale’, but still far from equal.

On top of that, one of the coveted competition slots went to Roman Polanski’s espionage thriller ‘An Officer and a Spy’. The ‘Rosemary’s Baby’ director has been a fugitive for more than 40 years. He fled the US after pleading guilty to unlawful sex with a minor.

The festival is also hosting the premiere of ‘American Skin’, the first film from Nate Parker since a rape allegation from his past derailed the release of his Nat Turner biopic ‘The Birth of a Nation’ in 2016.

Melissa Silverstein, the founder and publisher of the website Women and Hollywood and co-founder of the Athena Film Festival, has been one of the most vocal critics of the programming, which festival director Alberto Barbera has defended as worthy choices.

“There are festivals that are committed to making systemic change and those that felt forced to be a part of an agenda they had no interest in. The Venice Film Festival is clearly in latter camp,” Silverstein said. “The only way a festival can change is if the leadership wants it to change. Nobody is expecting the change to be easy, but the message this festival is sending is that abusers are more welcome than women directors.”

A spot at Venice has helped launch careers, like Al-Mansour, Saudi Arabia’s first female director, whose first feature ‘Wadjda’ played at Venice in 2012.

“Venice has been really an important launch for my career. This time I’m in the competition so hopefully this marks a new stage in my life as I grow as a director,” Al-Mansour said. “I’m very grateful for the opportunity to bring my voice to the world with such an amazing platform for filmmakers. But [it’s] still very nerve-racking. It’s a big screen and it’s a big festival.”

She would like to see more women in competition, as would Olivier Assayas, who also debuted his first feature there over 30 years ago and credits the festival for putting him “on the map.”

Known for writing and directing films with complex female leads, Assayas is coming this year with ‘Wasp Network’, based on the stories of the ‘Cuban Five’, a spy ring in the 1990s that was controversially arrested and imprisoned by the United States. It stars Edgar Ramirez, Penelope Cruz and Ana de Armas and was partially filmed in Cuba.

“For a movie like this it is very important to be in Venice, and Toronto and New York,” Assayas said. “It gives us the kind of visibility we need.”

Venice is the unofficial start of the fall film festival season, with the Toronto International Film Festival and Telluride and New York festivals following shortly after. It helps define the films in awards discussion until the Oscars in February. Last year saw the debuts of Oscar winners like ‘A Star Is Born’, ‘Roma’ and ‘The Favourite’, while in 2017 Venice premiered the eventual best picture winner ‘The Shape of Water’.

It’s also one of the friendlier festivals for streaming. Netflix is bringing three films this year: ‘Marriage Story’, ‘The Laundromat’, and David Michod’s ‘The King’, an adaptation of several Shakespeare plays starring Timothee Chalamet.

Julie Andrews is being honoured with the Golden Lion for Lifetime Achievement, which will coincide with a retrospective screening of ‘Victor Victoria’, directed by her late husband Blake Edwards.

The festival opens Wednesday night with the premiere of ‘The Truth’, Hirokazu Kore-eda’s first film set outside of Japan, which stars Catherine Deneuve as a French movie star Juliette Binoche as her estranged screenwriter daughter.

“The idea to make a film about the nature of performance came to me as soon as Juliette Binoche suggested we make a film together,” he said in an email.

Kore-eda also credits the festival for launching his career.

The festival closes the following week with ‘The Burnt Orange Heresy’, featuring Mick Jagger as an art dealer.