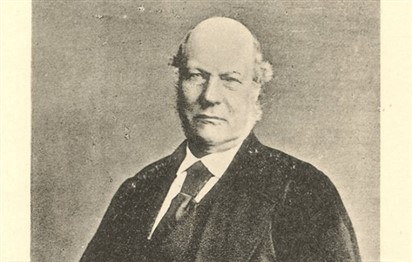 A collection of rare handwritten verses by a largely forgotten 19th Century poet is to be saved for the nation by university archivists.

James Withers died destitute and in relative obscurity in rural Cambridgeshire in 1892.

Hundreds of his manuscripts have been donated to Cambridge University Library by Withers’ great-great-grandson.

“Although Withers is not as well-known as some, he is of interest as a rural labouring poet, self-taught with no formal education,” Mr Wells said.

“He is part of a long tradition of rural poets – such as John Clare.”

Local Cambridge historian Mike Petty said Withers was a contemporary of Byron and Keats – and was penning notes at the same time Charles Dickens was forging a career as a writer.

Withers was “a dreamer” with “a deep love for nature, birds and flowers”, said Mr Petty.

Withers’ talent was spotted by the wife of a farmer he worked for, who pushed to publish the first of several volumes of his poetry in 1854.

He went on to tour the country with readings and his work was brought to the attention of Queen Victoria.

A letter from the Treasury dated February 1860 confirms he was awarded £50 (about £4,200 today, Mr Petty said) from “Her Majesty’s Royal Bounty” on the recommendation of then prime minister, Viscount Palmerston.

Withers was also recognised by Charles Dickens, who put his name to a testimonial published in one of the poet’s volumes.

After a series of failed investments, Withers lost his fortune and died in poverty in Fordham at the age of 80.

While he was known in literary circles during his lifetime, the poet had been “forgotten since his death”, Mr Petty said.

Ren Bowen, 93, the poet’s great-great-grandson, said he was “sad but relieved” the documents will be archived and kept safe.

“He never had a proper schooling, but it was thought that had he been educated, he would have been celebrated alongside Longfellow or Keats,” he said.

“He was a country lad and never rose above that.”